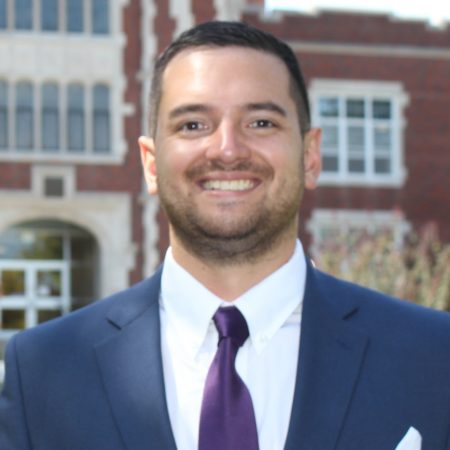 MINOT – Minot State head coach Mike Aldrich is pleased to introduce the team’s newest addition at assistant coach, Mike Famiglietti, a finalist for the Footballscoop Assistant Coach of The Year award in 2020-21. Famiglietti spent the last two seasons as a top assistant coach at Kansas Wesleyan, helping guide the Coyotes to the Kansas Collegiate Athletic Conference title and an NAIA national quarterfinal game this past fall.

“We are very excited to have Coach Famiglietti join the Beaver football staff,” Coach Aldrich said. “He has an extensive special teams background and has been an offensive coordinator of some very explosive offenses, which makes him a great fit as our wide receiver coach and special teams coordinator. Coach “Fam” has coached in the NSIC, is very energetic, and is a man of high character.”

Famiglietti guided an offense at Kansas Wesleyan that averaged 42.8 points and 489.6 yards per game as the Coyotes rolled to an 11-2 overall record in 2021.

In his two seasons in Salina, Kansas, he was offensive coordinator, tight ends and fullbacks coach, and special teams coach. He also served as the head of recruiting for the last year and was the women’s flag football head coach, as well.

Prior to his time in Kansas, Famiglietti spent two seasons in the NSIC with Northern State as an assistant where he was the associate recruiting coordinator for the Wolves and a specialists and running backs coach.

Famiglietti spent two seasons as special teams and running backs coach at Wisconsin Lutheran College prior to his time in Aberdeen and built a connection with North Dakota as he was an assistant at the University of North Dakota in Grand Forks for a year, working with the offense, as a recruiting assistant, and as video coordinator.

The time at UND was not his only experience with NCAA Division I football. Famiglietti started his playing career as the starting long snapper as a true freshman at FBS Western Michigan, then transferred to FCS Western Illinois where he spent three more seasons as a starter at long snapper for the Leathernecks and was twice named to the Missouri Valley Football Conference Academic Honor Roll.

He graduated from Western Illinois with a bachelor’s degree in Chemistry-Biochemistry with minors in Spanish and Microbiology and earned his master's from Wisconsin Lutheran in Education.

Along with his time on the college sidelines, he has also served on the AFCA Professional Development Series Committee and been an invited guest coach at the University of Minnesota, University of Wisconsin, Western Illinois, and Western Michigan football camps.

Famiglietti began his duties with the Minot State team this week.

Marijuana on the Ballot