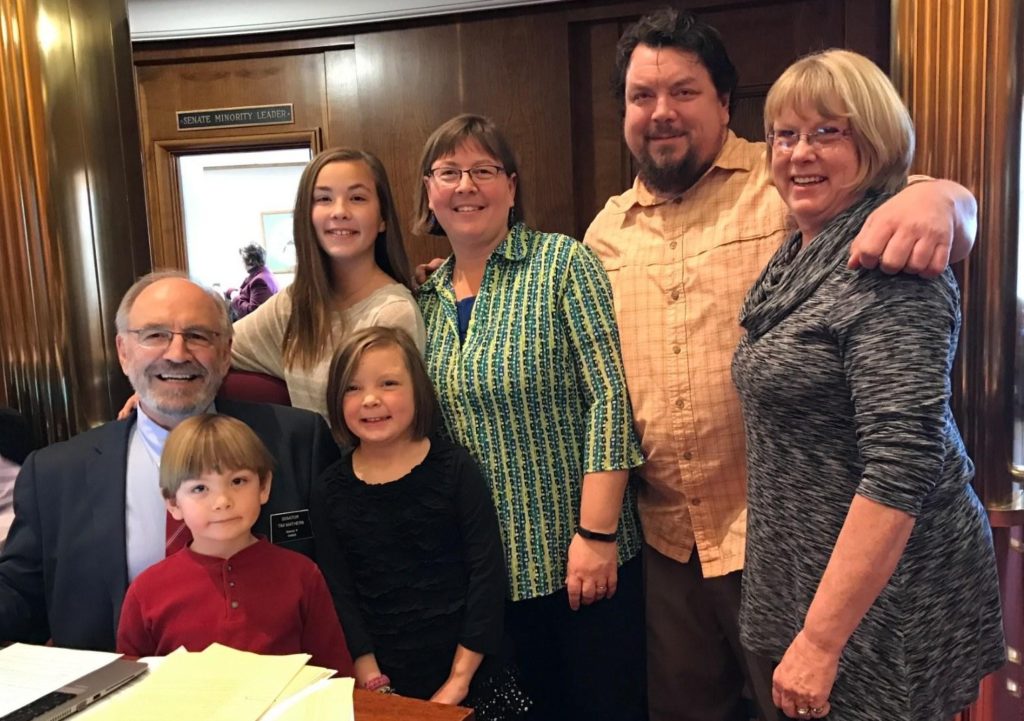 FARGO — Senator Tim Mathern, D-Dis.11, has been in the North Dakota Senate since 1987. Reba Mathern-Jacobson, his daughter and mother of three from Fargo, described what she felt when she was in high school, and her father ran for a House seat and lost.

“I remember, as a kid, feeling like that was just really devastating, ‘cause we all worked really hard on his campaign, and it was a very close election,” said Mathern-Jacobson.

Mathern-Jacobson said she has been involved in politics for many years.

“When I was growing up, we were involved in other people’s campaigns, and I’m the oldest of four, and so I would say we all grew up working on campaigns,” Mathern-Jacobson described.

Mathern-Jacobson also shared how she would help her father with his campaigns, by knocking on doors and stuffing envelopes.

“There are certain things about it that I enjoy,” she said. “I feel like it was always a given part of our lives, so when you grow up that way that’s what you know.”

Mathern-Jacobson said her whole family is proud of her father’s work, and that it has been a part of their formation.

“He would bring these issues to the dinner table of things that he was experiencing at work, or votes that were coming up, and ask us ‘well what would you do, how would you vote?’ That has always been common discourse in our family growing up,” said Mathern-Jacobson.

Mathern-Jacobson said now that she has kids of her own, she can’t imagine how her father was able to pull off spending time with family as well as being in politics.

“We’d get to go to the capitol on the weekends when no one else was around,” said Mathern-Jacobson. “My siblings all have memories too of sitting on the Senate floor, and we’d hear the debate happening on the floor and he’d say ‘okay pay attention,’ and then when they would open the key for the vote, he would tell us to vote, and that would be thrilling, but also terrifying, because what if we voted the wrong way?”

Mathern-Jacobson said another reason she values her father’s work is because his public involvement gave her and her siblings a sense of agency.

“If you see something you don’t like, try to change it,” said Mathern-Jacobson. “You really don’t have a right to just sit and complain about it, if you’re not going to take an active role and try to change it to be better.”