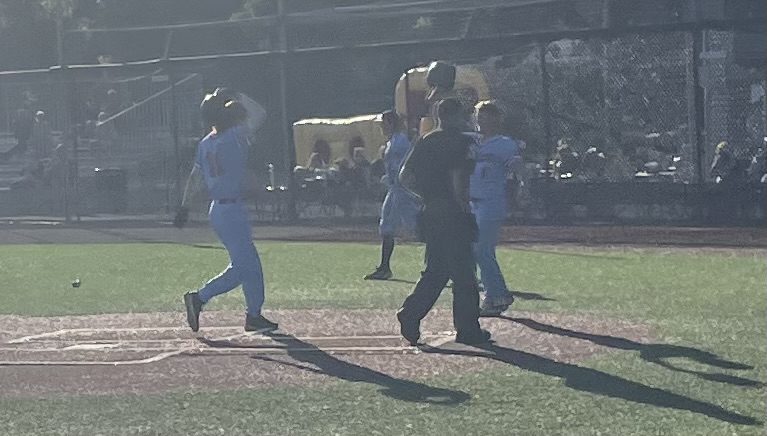 Neither team was able to find the scoreboard until the bottom of the 4th, when the Sabre Dogs got on the board without a hit as Lewis Pelayo walked, then advanced to third on a throwing error and scored on a wild pitch to give the Dogs a 1-0 lead.

Souris Valley broke the game open putting three runs up in the fifth on a Ben Newbert two-run home run and a Hunter Delanoy single, another run would come across in the sixth making the lead 5-0.

That would hold until the top of the eighth where Red River stormed back to tie the game on the heels of a three-run home run by Jason Willis tying the game at five a side.

That set up the first tie-breaking home run derby of the summer at Corbett Field. The Sabre Dogs and Pilots each chose three players that have five swings each to hit as many home runs as they can. Ben Newbert delivered the game winning blast as Souris Valley won the Derby 3-1.

“It’s a lot of pressure really. You want to do good for your team and put on a show for the fans and I love the home run derby and it adds a fun factor to the game. You go into extra innings and play five, six more innings or play a home run derby,” Jake Barlow said after the game.

The Sabre Dogs hit the road at Red River Wednesday and Thursday before returning home for the July 4th weekend facing Red River and North Iowa.