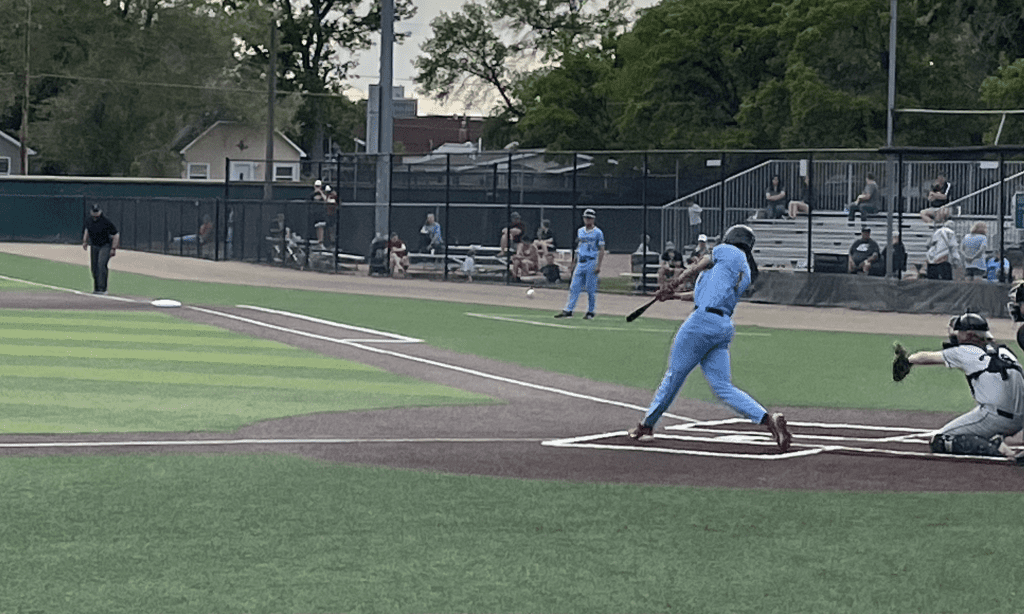 MINOT — The Souris Valley Sabre Dogs extended their winning streak to 6 as they shutout Pierre for the second time this season 7-0. The Sabre Dogs got off to a slow start offensively as they were sat down in order in the 1st inning.

The Dogs didn’t wait long after that as they got on the board in the 2nd with a double by David Demeter scored Cody Muncy. An RBI single by Hunter Delanoy in the 3rd brought the lead to 2-0.

The 2-run lead remained until the bottom of the 6th where an RBI groundout by Cody Muncy plated Ben Newbert. A pair of runs in the 7th and 8th innings gave the Dogs their final 4 runs of the game.

Daniel Tomkiewycz gave the Sabre Dogs 6 innings of work on the mound allowing just 2 hits, a walk, 6 strikeouts, and allowing 4 batters to reach base with hit by pitches.

“We're always going to be aggressive. We always want to attack teams with everything we got and put runs up and get dudes out. We have a good defense behind us and a good lineup to do that.” Tomkiewycz said after the game.

The Sabre Dogs head down to Pierre Thursday to close out the three game against the Trappers, before coming back home for a four game set over the weekend vs the Red River Pilots on Friday.