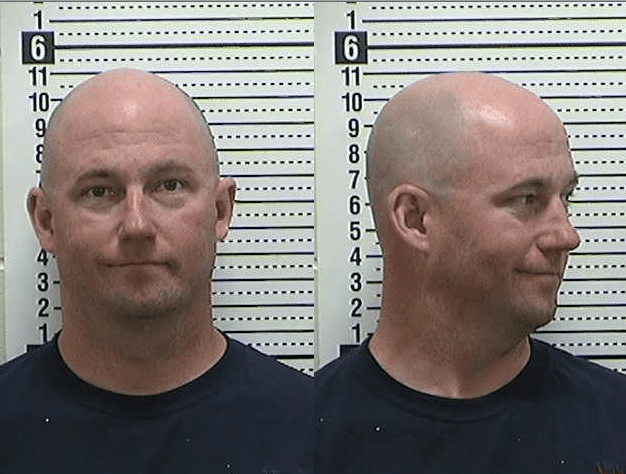 MINOT — He told Minot Police it was his strange sense of humor. Nobody was laughing.

David Wierenga, 36, Minot, is the man police say is the person responsible for a lockdown at one of Minot’s largest and most recognizable facilities – Trinity Hospital. According to police, Wierenga attempted to post a threatening message via social media on June 1 that warned, “Everyone should stay away from Trinity Hospital tomorrow, because it might save your life.”

According to a warrant affidavit, Wierenga had previously posted on social media that he will “do everything in my power to make life miserable for everyone who works there” and “instead of threatening to strangle the doctor, you actually have to do it.”

Wierenga was arrested as his place of business on Tuesday of this week. Police discovered a firearm in Wierenga’s vehicle, an additional seven firearms in his home, along with two suspected explosive devises. Wierenga is prohibited from owning a firearm due to a previous court order.

Wierenga, who made his appearance on a courtroom monitor, was pleasant and cooperative in his exchanges with Mattson, at one point telling Mattson that he would be “extremely cooperative,” and that he had “no problem” wearing a Global Positioning System ankle bracelet and called adhering to twice daily, 24/7, alcohol testing as a “great idea.”

The GPS and 24/7 program would be in effect if Wierenga met bond requirements, which Mattson set at $200,000. Wierenga would also be prohibited from setting foot on any Trinity property within the city.

The state questioned whether all firearms possessed by Wierenga had been discovered by law enforcement. Wierenga responded to the court that he “wanted to make sure everything is turned over.”

Mattson detailed the process for Wierenga to apply for court appointed counsel and undergo a mental evaluation. A preliminary hearing for Wierenga was set for July 15.

Arrest Made in Anita Knutson Case

City of Minot Schedules State of the City for Feb.18