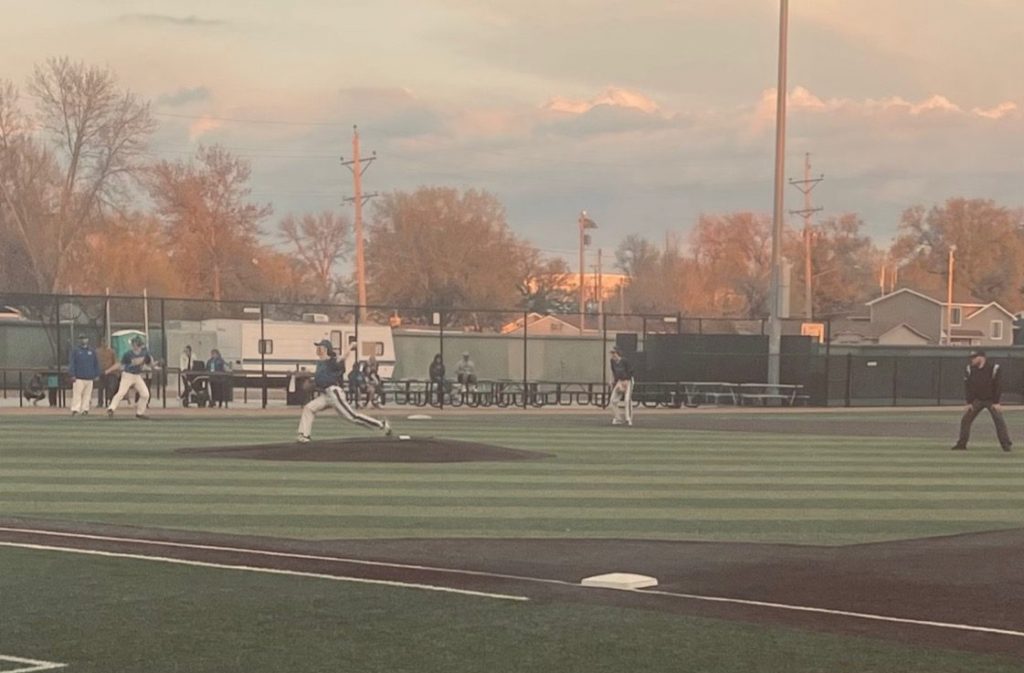 Munos kept Velva batters at bay, tossing four no-hit innings, allowing two base runners on walks in the first and second innings. Velva Senior First Baseman Kaiden Chadwick broke up the no-hit bid in the fifth with a single. Munos ran into some trouble in the final inning, giving up four runs, and completing the game on the mound, stranding the tying run on base.

“I’m really excited! This is the first time in a while that our team has done this. I just hope we can go out there and get the next win,” Kekoa Munos said after the game. “I just told myself to breathe, relax, and just go get the batter.”

“I thought he did a great job on the mound, especially the first six innings. He just cruised and had command of his fastball and was confident throwing his off-speed stuff. He’s a senior – that’s what seniors do come tournament time,” said Mustangs Head Coach Bruce Mack reflecting on Munos' performance.

Munos had early run support from the offense. Surrey started the game scoring three in the first, adding two more in the second and third, with an insurance run added in the top of the sixth. The win was Surrey’s second of day one action as they defeated Bishop Ryan 6-3 earlier in a semifinal matchup.

Other day one action saw the top seeded Velva defeat fourth seed Garrison 23-3. Bishop Ryan defeated Garrison 12-11 eliminating a 7 to 0 deficit in the day's only elimination game. Bishop Ryan and Velva will kickoff day 2 at 5 p.m. Tuesday with Surrey facing the winner in the championship.

Superintendent of Williston Public Schools Resigns after Weeks of Turmoil

From the World to Minot

Father Daughter Dance is Back