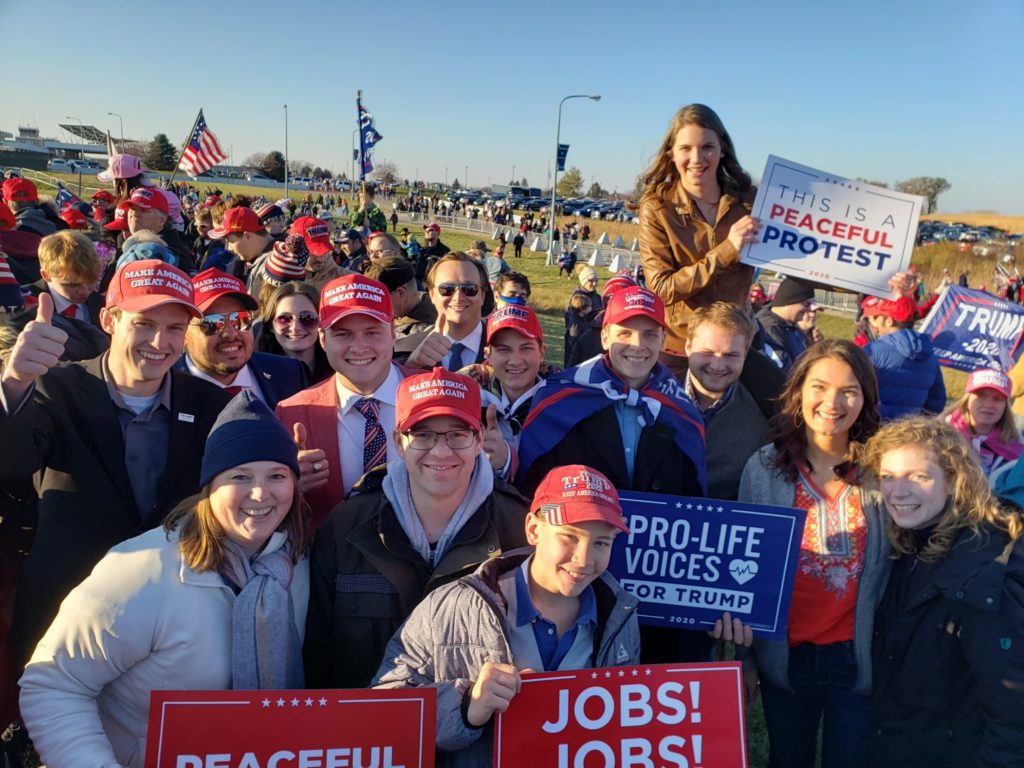 One specific controversial item involved the future role for the North Dakota Young Republicans (NDYR) and North Dakota College Republicans (NDCR) at the table among the state committee. According to Daryle Mindeman, state chair of the NDYR, the state committee voted on Saturday to make NDYR and NDCR representatives ex officio members of the committee but without any voting rights. This was a mild improvement, according to Mindeman, from the original language of the proposed amendment, which would have removed NDYR and NDCR reps from the state party committee completely.

“The message they sent to us was, the state party doesn’t want to have anything to do with us.”

“The message they sent to us was, the state party doesn’t want to have anything to do with us,” said Mindeman. “Everybody’s happy to pat us on the back, but we come to the meeting, and the attitude is, ‘You guys have a mind of your own, so that doesn’t fly with the narrative,’” he added.

A statement released by NDYR after the meeting Saturday explains further their reaction to Saturday’s proceedings:

“It has become clear that the NDGOP State Committee desires complete control of the political process, including the youth of North Dakota. NDYR remains committed as ever to the principles of the Republican party that our country was founded upon. Yet it appears the NDGOP would choose power over potential allies.”

The NDYR statement continued, “The goals of the North Dakota Young Republicans are aligned with the Republican Party platform. NDYR is unashamedly pro-life and stands with the party platform, including that traditional marriage is between one man and one woman. NDYR seeks to advocate for conservative principles, limited government, and personal responsibility in North Dakota.  While we are saddened to see the divisive state of the Party, NDYR will continue to stand for these principles that have made our state great. NDYR is passionately emboldened to continue to ‘Recruit, Train, and Elect’ the next generation of young professional conservatives in our great state of North Dakota.”

Mindeman said he was in full agreement with the district chairs who protested holding Saturday’s meeting with several temporarily appointed district chairs. “It probably would have been a good idea not to vote on these issues without chairs who were actually elected,” he stated. “I was there to stay on the one issue, whether NDYRs would still be considered voting members,” Mindeman explained.

“I’m sad that our party feels that way about our younger voters and our younger constituents. I just think it’s a grave error.” Lori Hinz, NDGOP National Committeewoman

When they lost that voting right on the state committee Saturday afternoon, NDGOP National Committeewoman Lori Hinz said, “It breaks my heart.” She continued, “If you want a future for your party, it’s the Young Republicans and the College Republicans. If you want to disenfranchise the whole nice, conservative, amazing group of people who are willing to work and do the door-to-door and do the heavy lifting for the party, disenfranchising them is the worst possible thing you could do as a party. I’m very disappointed in that vote.” She added, “I’m sad that our party feels that way about our younger voters and our younger constituents. I just think it’s a grave error.”

Regarding the door-to-door work Hinz mentioned, Mindeman said the NDYR organization was lauded by U.S. Senator Kevin Cramer (R-ND) for its canvassing work during his recent campaign. Additionally, many NDYR and NDCR members traveled into western Minnesota to assist U.S. Representative Michelle Fischbach (R-MN) with her successful campaign in 2020 to win the U.S. House seat in the state’s 7th congressional district, which covers most of western Minnesota.

Fischbach said at the time, “I can’t thank the ND Young Republicans enough for the hard work they did for my campaign. Their energy and professionalism played a major role in flipping a seat that was held by a Democrat for 30 years. I am impressed with this team and their ability to impact politics, both within and beyond North Dakota.”

Keep following The Dakotan for more exciting updates on this and related issues.