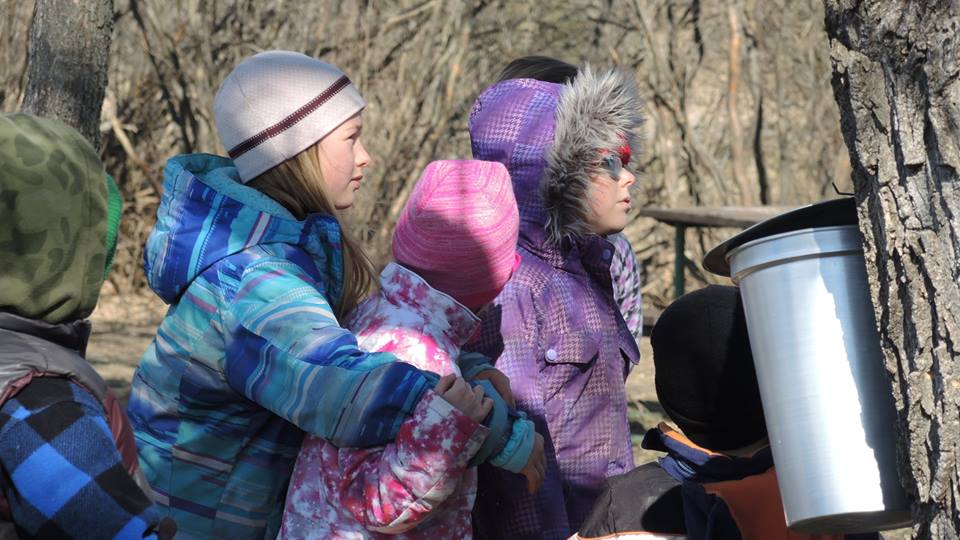 But Chad Trautman, Garrison, discovered a passion for a different type of “maple” syrup that North Dakotans can call their own – boxelder syrup coming from the native boxelder tree.

His passion for its taste, coupled with his love of gardening, nature, and trees along with a desire to learn, led him to a South Dakota State University professor and a class on boxelder tree syrup.

That, in turn, has led to a popular April event at Fort Stevenson State Park where Trautman is park manager.

Depending on weather, Trautman said anywhere from 600 to 1,000 people will likely attend. They can learn about the syrup making process, its history, and watch demonstrations, ride a horse-drawn wagon, participate in a variety of youth pioneer games, sample boxelder “maple” syrup, join friends in a pancake and sausage breakfast, and enjoy bluegrass music.

The event began innocently enough after Trautman decided to try his skills – and maybe with some luck –collecting boxelder sap by tapping a few trees in late winter 2014. He and his family collected and processed enough to secure his passion for its taste.

Fort Stevenson State Park is known not only as a Lake Sakakawea fishing destination but for its vast array of other activities. That taste, that passion for the entire process of creating “maple” syrup North Dakota style provided Trautman with the idea of creating “Maple” Sugaring Day in 2015.

It’s become a popular park activity, Trautman said, which is held the second Saturday of April each year.

Event planning begins in late February or early March depending on weather, when boxelder trees are tapped and 5-gallon buckets in place. From there, it’s a daily activity collecting sap. “Otherwise it spoils,” Trautman added. In a way it’s like dairy farming, done regardless of weather, only it’s once a day, not twice, he described.

It’s that weather that influences the quantity of sap trees produce – drought, temperatures, moisture, etc. Trautman said they could only collect nine gallons of sap in 2021 with the unseasonably warm and dry winter weather.

That contrasts with more than 70 gallons of sap on hand in 2022 after a more seasonable winter. “It was our second best year,” Trautman explained, since they began tapping trees.

That doesn’t translate into 70 gallons of syrup, however. It takes 40 to 45 gallons of sap to make a gallon of syrup.

Taps are left in until sap no longer flows clear, he added.

This year’s “Maple” Sugaring Day provides guests with the special opportunity to purchase unique food items made with boxelder syrup.

Fort Stevenson State Park is three miles south of Garrison. The event with free with daily entrance fee or an annual pass. Contact the park, (701) 337-5576, or go on their Facebook page for details and change of event locations in case of inclement weather.

Cackle in the Air