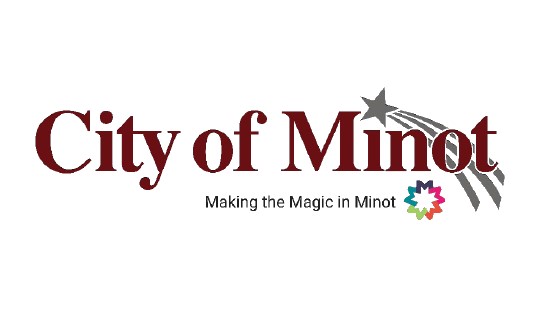 The three incumbents for city council, Mark Jantzer, Lisa Olson, and Paul Pitner, are all running for re-election.

Jantzer, who was first elected for city council in 2008 and served on multiple committees, has a Master of Science degree in Business Information Technology. He has lived in Minot since 1977 and is married with 3 children and 6 grandchildren.

“Fiscal responsibility is extremely important with temporary Federal funding made available during the height of the COVID response now gone,” says Jantzer. “I will continue to work as always to limit taxes, to make every dollar count, and to make the city government more efficient in providing essential city services: police and fire departments, water treatment and distribution, storm and sanitary sewer, garbage collection, street maintenance, and snow plowing.  Continued air service and Minot AFB retention are also priorities and require continued focus, for they are critical to our future.”

Olson has been in the city council since 2010 and served on multiple committees, has a master's degree from Minot State University, and retired from 30-year career of education in 2021.

“I am running for re-election to see the completion of the NDR related projects, to further flood protection, to have continued representation for women in Minot, and to continue a synergy of collaboration with individuals and groups who want to see Minot be strong decades into the future,” says Olson.

Olson, who has lived in Minot for 36 years, is a member of Our Redeemer’s Church and is married with 3 children and 7 grandchildren.

Pitner studied Business and Marketing at NDSU and owns his own business, Pitner Rain Gutters. He holds a real estate license at Brokers 12, Inc.

“I feel that during my time on council I have helped to bring more emphasis on investing more back into our community. If re-elected I will continue to push for more local investment into our community that will enhance the quality of life for citizens as well as continue to demand accountability and transparency when it comes to citizens of City of Minot tax dollars,” says Pitner.

Also running for positions on the city council are Zach Raknerud and Darrik Trudell.

Raknerud grew up in rural North Dakota, but after graduating from UND in 2016, he moved to Minot and is now a sales manager. He is married and takes care of children through the foster care system.

"I am running for the Minot City Council, because I want to serve this community that I've gotten to know, love and make our home. There are a lot of opportunities to keep improving our city. I want to be an advocate for the people of our community and be someone open to changing their mind or trying new things based on feedback from the people of Minot," says Raknerud.

Trudell, who works for the federal government, owns Clean Tech with his wife, Betsy. He graduated from Minot State University with a bachelor’s degree and has four children.

The incumbent for the mayoral position, Shaun Sipma, is running for re-election.

Also running for that position is Miranda Schuler and current Alderman Tom Ross.

The election date is June 14.

Scheels Set to Open in New Location in July