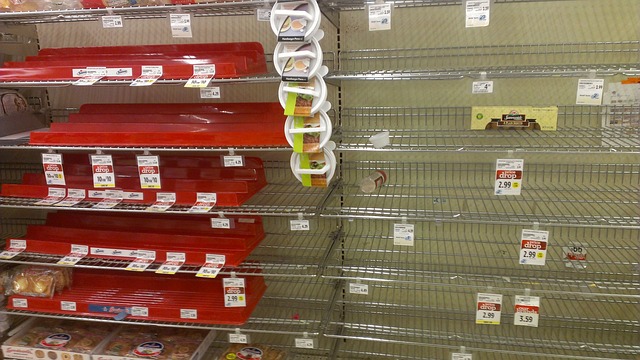 Supply slow for many consumer goods

The supply shortage for a variety of goods is becoming increasingly evident in Minot and throughout the state. More and more shoppers are dealing with the frustration of not being able to find what they are looking for. Retailers too are dealing with the same issues—it’s just darn tough to get products they want to put on shelves for consumers. Lengthy delays have become the norm.

“Certain refrigerators are tough to get, especially with freezers on the bottom,” said Mark Braun, owner, Advantage Appliance in Bismarck. “It’s really not a fun situation right now.”

Braun said at one time his list of appliances on back order was more than 1,300, but now has dwindled down to about 700. He estimated that half of the back orders were for refrigerators, quite often an appliance that customers want replaced quickly.

Chips, or micro conductors, are in short supply throughout the United States, causing supply delays in many products such as new vehicles and farm machinery.

COVID-19 sometimes figures into the supply problem too.

“It can. If something like COVID hits a supplier making a wiring harness it can shut everything off for 10 days,” said Braun. “It’s just uglier than hell. It really is. Brands from China, like LG, or Samsung from South Korea are much worse to get than products like GE which is 99% made in America.”

Bob Krause, Krause’s Flooring of Minot, installs floor coverings of all types. He too has experienced a change in product availability.

“We’ve had problems getting product in general,” said Krause. “They always tell us it’s sitting in a container somewhere.”

One product Krause said has been hard to get is adhesives that he uses for various flooring installations.

“We use what we can get,” said Krause.

“It’s super weird,” added Brandon Tollefson, Tollefson’s Contract Flooring. “From our standpoint, we have a lot of imported goods like hard surface flooring. Carpet is okay because most of that is made in Georgia, but there’s been shortages in carpet pad.”

Overall, said Tollefson, it’s been pretty good and people are working on projects, even though lead times are stretched out a little bit longer than many would like.

“Doors, cabinets, countertops. There’s a shortage there too,” said Tollefson.

At Val’s Cyclery in Minot the inventory of bicycles has been somewhat less than usual, again, caused by delays in shipping desired product.

“It’s not good. If we get bikes in we can sell them,” remarked Carson Schell, Val’s Cyclery. “It is slowly getting better. It’s been a little bit of the manufacturing process, shipping issues, a little bit of everything.”

How long supply shortages will continue remains uncertain. Identified problems include a massive backlog of container ships at the nation’s West Coast ports, a lack of trucks and drivers to disperse goods, even a lack of workforce.

Braun wasn’t particularly optimistic about the supply shortage of many items coming to an end anytime soon, saying, “I think this is the new normal for the next two or three years. I think so.”

For the Farmer: The Finish Line