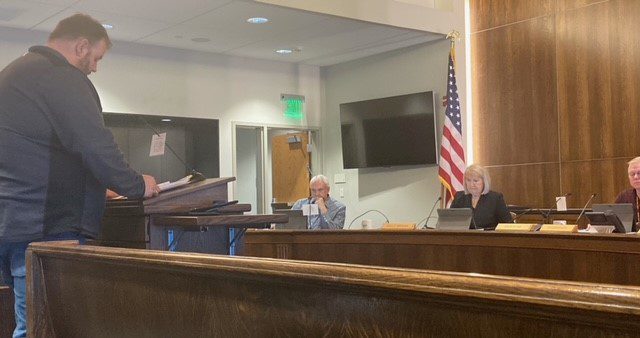 Query about Minot to Voltaire section

MINOT – Some Ward County commissioners want Highway 52, from Minot to Voltaire, to become a four-lane highway.

“Since the road between here and Velva is a pretty busy road, the person that called me was interested, since it’s mostly in Ward County, of trying to get 52 to be a four-lane instead of just a widening of passing lanes,” Anderson explained. “You probably know more about the traffic flow than I do, but what’s your opinion?”

Larson said around seven months ago he had talked with representation from the Department of Transportation and those from Velva and Basin Electric Power Cooperative.

“We agreed to have the DOT at least start the environmental study to look at the possibility of expanding that to a four-lane, in particular between Minot and Voltaire,” Larsen explained.

Larsen said they pointed out that the section of the road that was the busiest and had the steepest slopes was between Minot and Sawyer.

“They said the slur-widening project was already in the works and they did not want to stop that project,” said Larsen.

Larsen said that project will probably be done within a year or two.

“They were very resistant to looking at a four-lane option,” said Larsen. “Normally in an ideal world you would address the DOT and they would work with you to look at that option, but it seemed like money was their big push and they don’t have enough money to do that.”

Chairman Jim Rostad said he agrees with Anderson that the road between Minot and Voltaire should be a four-lane.