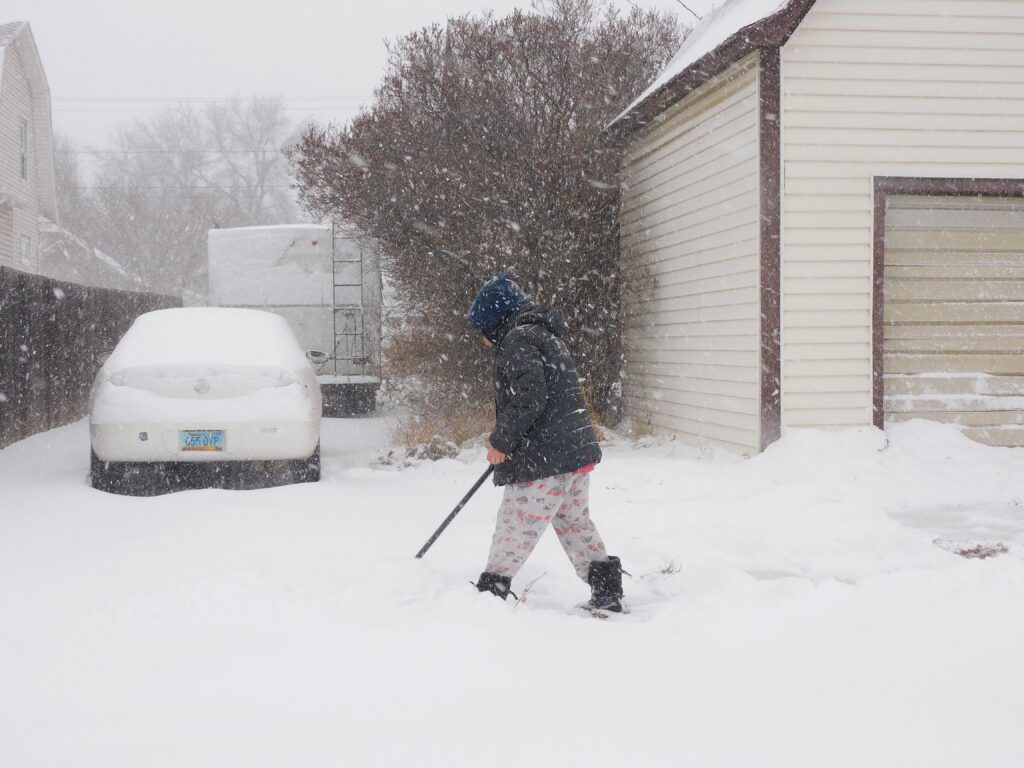 MINOT – Winter made a rather rude arrival Thursday, bursting through the front door with a vengeance – heavy snowfall and high winds combined. The strong storm resulted in the usual school closings or shortened hours and the like, and, of course, made travel difficult in the city and virtually impossible in the country where strong winds created whiteout conditions.

While it seemed Minot and the surrounding region was getting wacked pretty good, a good portion of the state was getting a real shellacking with reports of a foot of snow common while the storm continued. Bismarck, smack dab in the middle of the projected path of the storm, had 13 inches of snow on the ground by 2 p.m., and it was still snowing heavily.

“It’s pretty similar over the south-central to the southwest, the Dickinson area, anywhere from 8-12 inches of snow and that’s not final,” said Alex Edwards, National Weather Service meteorologist, Bismarck, shortly after 2 p.m. Thursday. “It’s certainly looking like a widespread 12-16 inches. Some areas could receive more than 16 inches. Its just been dumping out there.”

Wind speeds, at least through mid-afternoon Thursday, didn’t quite get as high as anticipated. Nevertheless, it was windy enough to flirt with an official “blizzard” designation.

“We’ve been seeing gusts up to 35-40 miles per hour, right on the edge of criteria for a blizzard,” explained Edwards. “We’re not quite seeing the drifting snow that usually causes big problems, just heavy accumulations.”

Winds in the Minot area were generally in the mid-20 mph range with gusts up to 30 mph. The strongest winds were being recorded east of U.S. Highway 83.