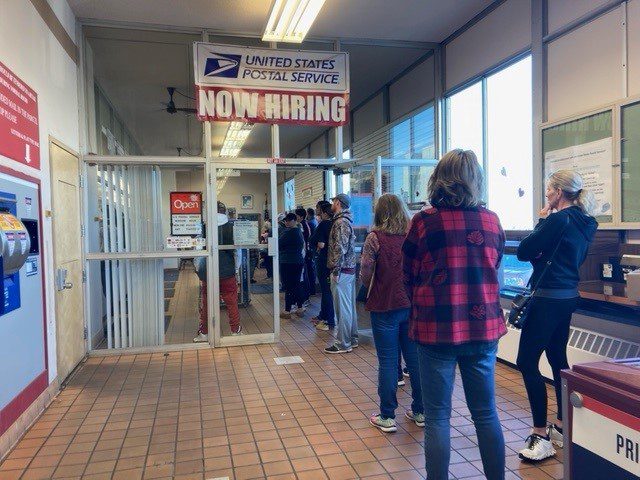 MINOT – With many in Minot waiting many days for their mail, the Minot Post Office is advertising for employees.

Lisa Olson, a Minot city council member, mentioned at Monday’s city council meeting that she would like to hear from a representative of USPS to explain the process of mail delivery and why there have been delays.

“I am basing my information on the information shared with me from a resident,” Olson told The Dakotan. “He essentially said, when he talked to staff at the post office, it was staffing shortages.”

Olson said since she brought this issue up at council, she has received emails from other residents.

“I don’t think there’s a person in Minot who hasn’t seen some sort of delay in the postal delivery,” said Olson. “One of our neighbors emailed me and said he was keeping a list of dates where he hadn’t received mail. I think he had been keeping the list since August and he was at about 16 days where he had not seen mail.”

A common thread Olson is hearing is a lot of people have medications that are delivered through USPS, and the delays mean they are going without their medication.

Michelle Wolff Parham, Minot, posted on a Minot area Facebook group that she had not received mail for a week, and waited in line at the post office for two hours, but was grateful to the workers there for their patience with customers.

“I didn’t realize how shorthanded they were,” Wolff Parham told The Dakotan. “It sucked having to wait in line with two toddlers, but to have a worker go out of her way to try and help, even if it was giving them suckers, shows me that there are still people that care. She didn’t have to stop what she was doing but she did and I thank her for it.”

The Dakotan called the Minot Post Office to comment on the delays in delivery but did not receive an answer.