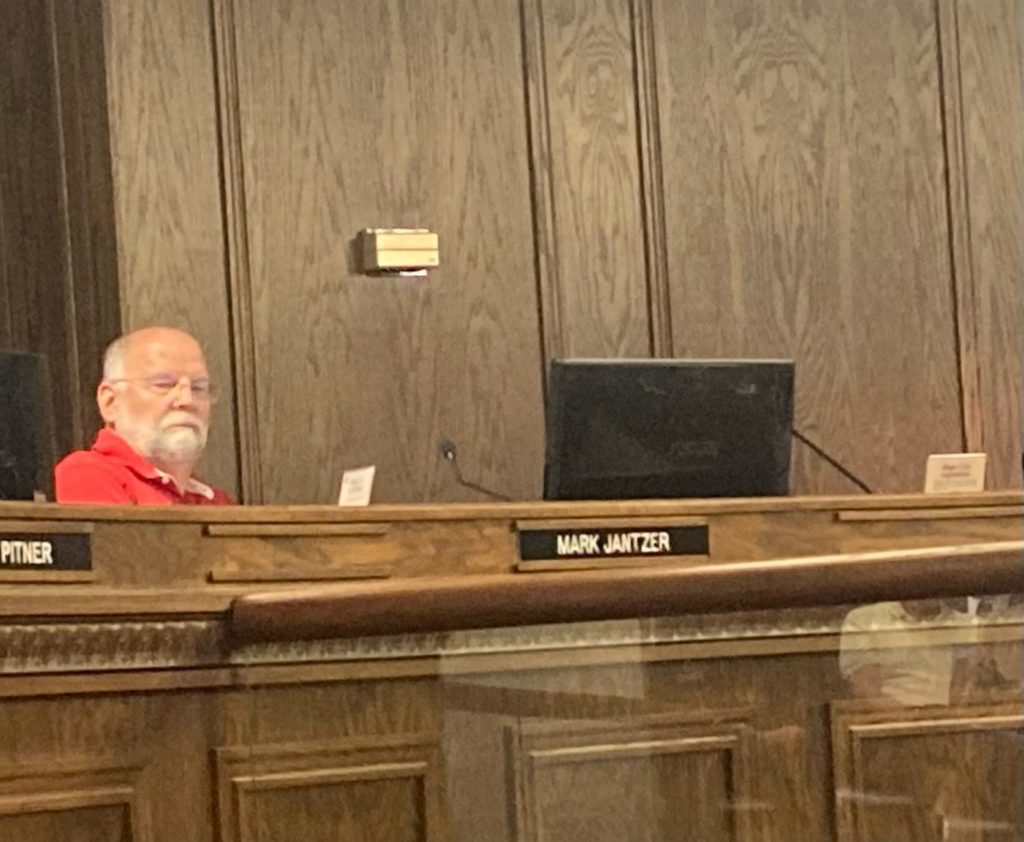 MINOT – The Minot City Council voted Tuesday on the first reading of repealing the ban on Pit Bulls.

The motion was presented by Councilwoman Carrie Evans to repeal ordinance 7-34, regulation of Pit Bulls, which prohibits residents from owning animals that are predominantly of breeds known as Pit Bulls.

“The question before us is simple: is the dangerous animals ordinance a better tool for addressing dangerous or potentially dangerous dogs, regardless of their appearance or breed?” said Evans.

Evans pointed to when this topic was brought before the council in the past, and said the caution behind council members Mark Jantzer and Stephan Podrygula’s previous no votes can be alleviated with new data.

In 2019, Evans said none of the four citations issued under 7-34 were for dangerous or potentially dangerous dogs.

“When a prohibited breed did exhibit behavior, the Animal Control Officers issued citations under the dangerous animals law, or other code sections,” said Evans. She recited similar statistics for 2020 and 2021.

“The time has come to repeal the ineffective, vague, and inhumane law targeting the appearance of a dog versus the behavior of a dog,” said Evans.

Both Podrygula and Janzter reiterated their previous concern of the repeal, with Janzter wondering if microchipping and training would currently be required for those breeds if the ban is lifted. Evans responded saying there are 14 penalties for those owning dangerous animals, any of which can be issued,  including proof that the dog is licensed, the owner must have a microchip in the animal, and/or up to 30 days in jail for the owner.

“So nothing is required until the owner of the animal ends up in court?” Janzter asked. “That’s where I have some concern. I think our ordinance has worked well, but I am concerned that those steps are absent until an incident that could result in somebody getting injured or worse. Dogs don't have have rights in the same way that people do.”

Minot Police Chief John Klug said he would agree with heavier regulation and microchipping for these breeds, but also agreed that 7-27 is a better tool for addressing dangerous animals in Minot.

Councilwoman Lisa Olson disagreed with the lifting of the ban, though emphasizing that she loves dogs.

“I think there is a need for both ordinances,” said Olson. “7-34 is to keep us from getting to 7-27 when we need to react to dangerous dogs.”

Olson recited statistics from 2005 to 2020 that found of the 568 Amercans who died from dog attacks, 380, or 67%, were from Pit Bulls, while being six percent of the dog population.

Kasey Breuer, resident of Minot, having experience in the field of cats and dogs, said that Breed Specific Legislation is less safe and more expensive to the city, and that shifting the focus from the appearance of a dog to the behavior increases the safety of the community.

“The only fair and accurate determination of breed identification is by dogs that are papered or have been DNA tested,” said Breuer. “Without data to prove the cost in Minot, research from other areas shows that BSL increases costs to the city. Every dog is an individual and should be evaluated as such.”

Breuer presented pictures of dogs with a large percent of Pit Bull having several kinds of appearances.


The motion to repeal the ban passed 4-3, with Janzter, Olson, and Podrygula voting no.

A vote on the second reading of the ordinance is scheduled take place later this month.