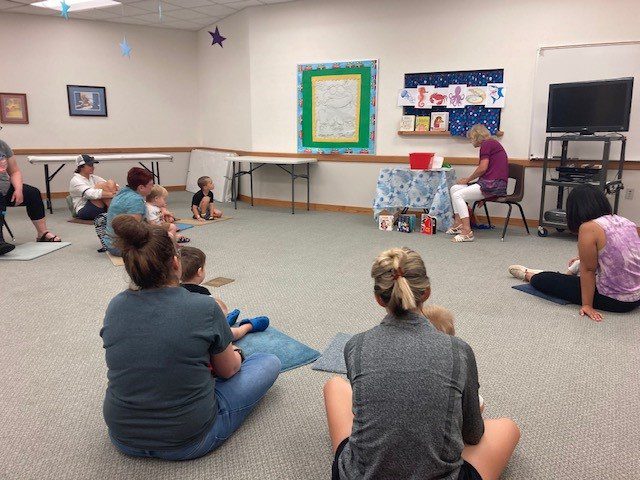 Books in the Summer

MINOT – While summer can be a great time to go outside and enjoy the warm weather while it’s here, many kids in Minot have enjoyed listening to and reading books during the hot days.

The Minot Public Library finished its last story time for the summer for young children Wednesday with books being read, songs being sung, musical eggs being shaken, and scarves being twirled by young kids.

Janet Anderson, the library’s director, said story time will begin again on September 12 with the library’s fall program, which includes activities for different age groups every Monday, Tuesday, and Wednesday.

An activity called the Lap Sit Story Time program is planned for Wednesdays for very young children between zero and three years of age along with their caregivers.

“They do some short stories and some songs,” said Anderson. “The whole point of that is to begin introducing the very youngest people to the library and to reading and associate it with an enjoyable atmosphere. It helps those young kids kind of get some practice trying to sit still and follow along, but we understand that they cannot sit for a very long period.”

A program called Smart Start is scheduled for Tuesdays, which will be for children ages two through five with a caregiver.

“They do some stories and fun things, but then they also start working on activities,” said Anderson. “Like skills they would need to go into kindergarten. A lot of that is letter or number identification or cutting skills. Just being able to use scissors is a huge thing. It’s one of those things you don’t always think about.”

The Maker Monday program, on Mondays, is for children roughly the ages of three to six without a caregiver with them.

“In there they get their own special story time, and they get to make a project,” Anderson explained. “So they can show their parents or grandparents what they made. The parents don’t go in the room which is nice for them because they get a half hour break to sit and read or look for something they want to do, or just visit with one another without being interrupted by the kids.”

The library plans a once-a-month Saturday story time for the whole family of all ages called Family Story Time.

“We always have a special guest to help tell the story,” said Anderson. “We’ve had police officers, firemen. We had a baker come in, a doctor.”

Anderson said the library is busier in the summertime.

More information on upcoming Minot Public Library events can be found on its website.