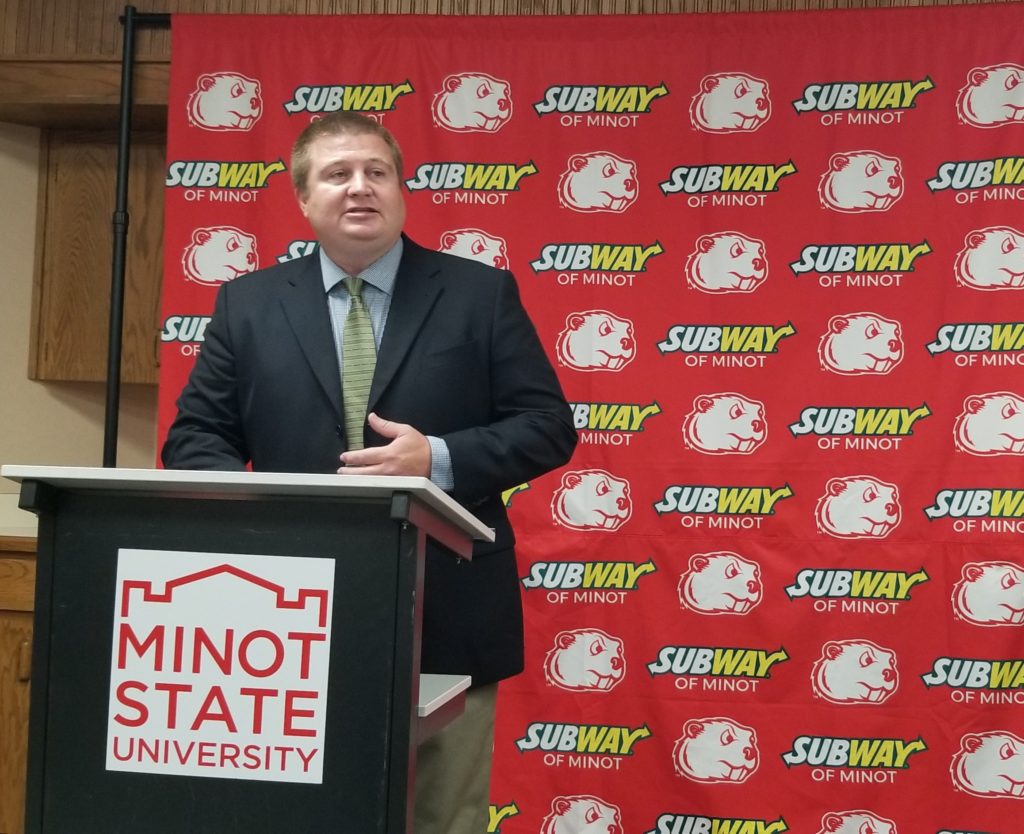 MINOT -- He’s a native North Dakotan who has arrived on the campus of Minot State University with an ambition to “raise all levels of success.” Kevin Forde was introduced Wednesday as the new athletic director, taking over the position vacated recently by Andy Carter.

MSU President Dr. Steven Shirley told a small gathering at the MSU Dome that, “We look forward to Kevin’s leadership and involvement.”

Moments later Forde advanced to the podium. When asked about immediate challenges he is facing, he replied, “We want to raise all levels of success and I look forward to working with every coach in our department to help us achieve our goals.”

“I know the league very well and understand the financing,” said Forde. “We’re located on the edge of the conference, so it's going to cost us a little more to get where we want to go.”

When asked about his approach to recruiting athletes, Forde said he was a guy who played every sport, much like what happens in many North Dakota schools, and he wants to make sure area athletes that can play at the university level are not overlooked.

“We want to do it with local talent as much as we possibly can,” said Forde. “We have to have those expectations that we are going to give everybody in this area an opportunity and a look. If talent isn’t local or regional, then we’ll have to go outside.”

MSU is a member of the NCAA Division II Northern Sun Intercollegiate Conference, joining in 2016.