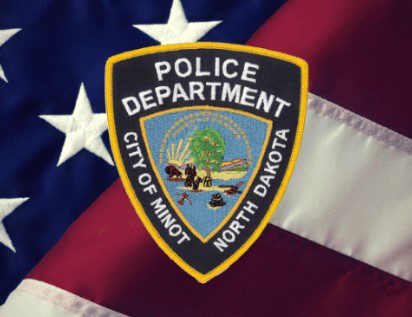 MINOT — While on patrol this summer, Minot Police Department officers will be on the lookout for kids wearing helmets. If seen by an officer, those children may find themselves making a trip to a local DQ restaurant.

As part of AAA’s “I Got Caught” campaign, as many as 12,000 North Dakota youth will be written a “citation” redeemable for a small DQ ice cream cone for wearing a helmet while biking, skateboarding, or in-line skating.

Patrol officers from the Minot Police Department are eager to again participate in this effort which always proves to be an easy way to have positive interactions between children and law enforcement in the Magic City while reinforcing and rewarding the safe behavior of helmet usage.

According to a 2018 study published in the National Library of Medicine, the use of bicycle helmets was found to reduce head injury by 48%, serous head injury by 60%, and traumatic brain injury by 53%. A previous Centers for Disease Control and Prevention study also found that law enforcement and other safety officials can reinforce the need to wear a helmet through positive interactions such as free or
discounted helmet distribution programs and incentives for helmet use.

Due to overwhelming positive response form communities, the number of citations provided by law enforcement agencies across North Dakota has grown over the eight years of the program according to AAA’s Gene LaDoucer. Since 2013, more than 105,000 citations for a free DQ cone have been issued to youth across the state

A Moving Christmas Concert for All Ages

Freeze on the Way