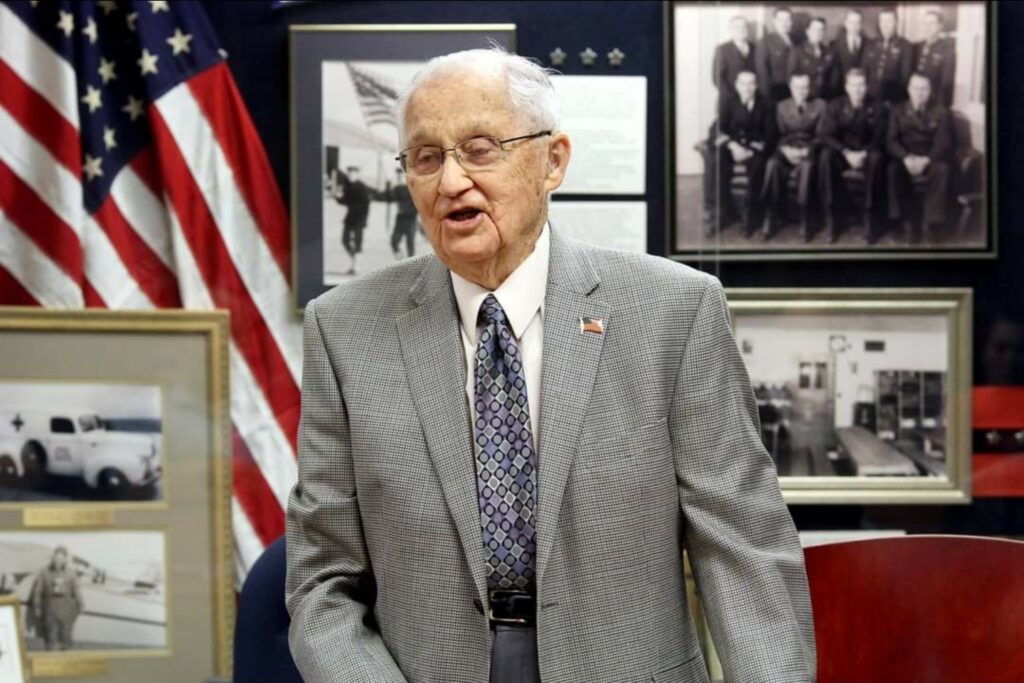 Veteran Lynn Aas, 100, passed away at The View in Minot on Thursday. Aas was well known for his service as a rifleman in World War II, which included extensive action during the Battle of the Bulge. It was during that battle that he was wounded by a German artillery barrage and was awarded a Purple Heart.

Following the war Aas earned a law degree from the University of North Dakota. Among his many endeavors, he served four sessions in the State Legislature. Aas was the Grand Marshall for the 2017 North Dakota State Fair Parade in Minot.

Sen. John Hoeven, R-ND, issued the following statement on the passing of Aas.

“Lynn was a truly remarkable individual, a member of the Greatest Generation who fought with valor in defense of our nation in WWII and went on to shape the Minot community through decades of service and leadership," said Hoeven. "Mikey and I were privileged to know him. We will honor his memory and keep his family and loved ones in our prayers."

Aas served with the 17th Airborne Division of the 193rd Airborne Infantry in the European Theatre and received the Bronze Star, the Purple Heart, and the French Legion of Honor medal. Hoeven hosted Aas in Washington, D.C. as his guest for the 2015 State of the Union Address.

Visitation will be held Wednesday from 6 p.m. to 8 p.m. in Thomas Family Funeral Home, Minot.