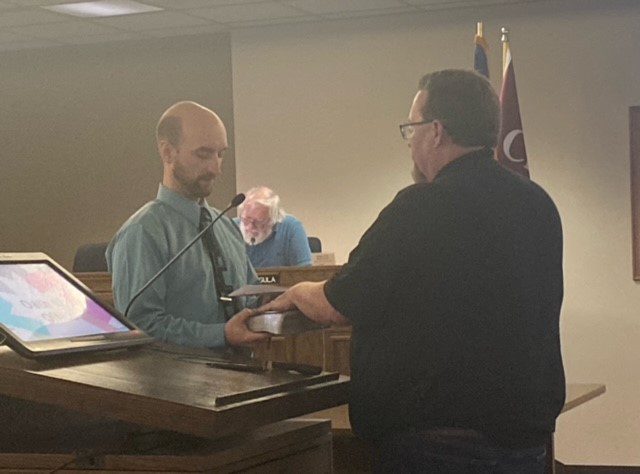 MINOT – Scott Burlingame was sworn into office for a city council position Monday.

Burlingame was voted in at the general election in early November over Roscoe Streyle, who previously occupied the seat. Streyle had been appointed by council in July to temporarily fill the vacant seat of Tom Ross, who was elected mayor. Burlingame will reside in the seat until the term ends in 2024.

Burlingame, the executive director of the non-profit Independence Inc, has said in previous interviews that his main goals are to leverage economic development to increase the availability and affordability of childcare, grow the city in a smart way without overburdening taxpayers, and build a sustainable budget that relies less on property taxes.

Snow is Coming, City is Ready