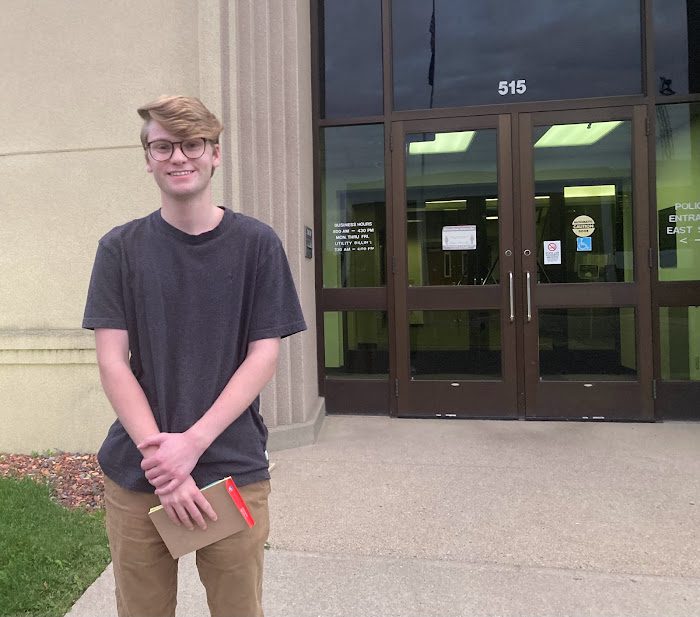 MINOT – A Minot teen has given himself a job this school year, and not at any business in the city, but rather the whole city itself.

City Manager Harold Stewart announced at Monday’s city council meeting that Hayden Fredrickson, senior at Minot High School, will start interning at his office until the school year is over.

“He recently reached out to my office, interested in a volunteer internship with my office, and so he will be working in my office a few hours a week,” Stewart explained. “He’ll be learning and watching what it takes to operate local government, and hopefully a couple of special projects here and there.”

Stewart said the city council may hear from Fredrickson about some special projects next semester.

Fredrickson said he can’t put a whole lot of time into the job with school getting off at 3 p.m., and the city manager’s office closing at 4:30 p.m., but he said he’ll be learning a lot about how city government works.

The 18-year-old said he has always been interested in public service but isn’t sure yet what form of public service he will go into, saying he will probably go to a college outside of the state, though he may return to Minot when finished.

Fredrickson, born in Williston, moved to Minot when he was three, and plays percussion for the Minot Symphony Orchestra, which he has been doing since his freshman year.

Toss That Junk Out