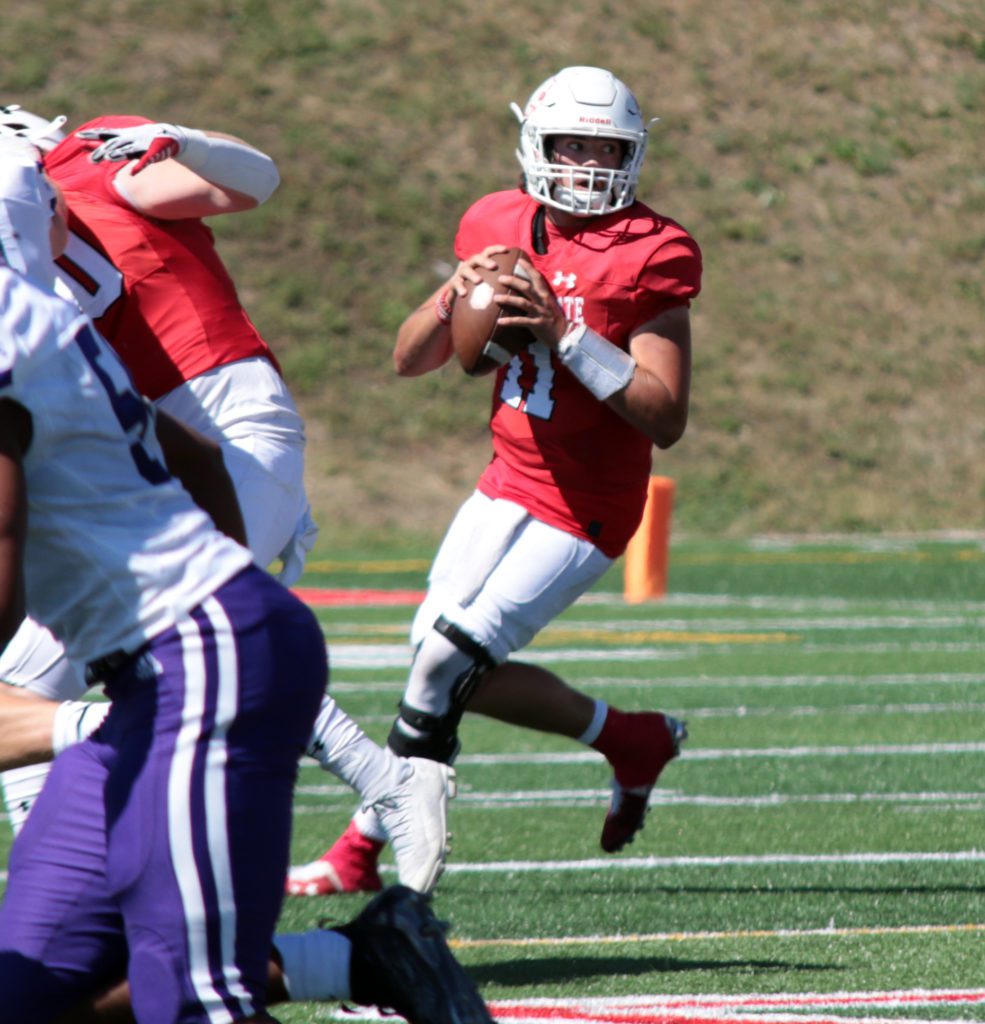 MINOT -- Despite falling 24-10 to Winona State, Minot State has clearly elevated the talent level of their football team.  Minot State was flying around the field and smashing away on Winona players at MSU’s Herb Parker Stadium this past Saturday.

Bigby and Cayko just fly around the field and make plays. They were smashing opponents causing fumbles, deflecting passes and in the backfield causing chaos for the Warriors. Bigby had 12 total tackles, a tackle for a loss and an interception. Mohamed is a true bell cow running back that can carry the load for the Beavers.

The Beavers had a chance to tie or take the lead if they decided to go for two again as they did earlier in the game. They were successful on their first try. The Beavers had the ball first and goal at the Warrior one yard line late in the third quarter and got turned away by a Warrior defense that bowed up. Tough to swallow not giving the ball to the heart and soul of the team Mohamed in that situation. Ben Bolinske almost smashed through on second down but was turned away. It only got worse from there. The Beavers tried Bolinske again and he lost four yards on third down, and on fourth down the ball slipped through the holder’s hands on the field goal attempt leaving the Beavers empty handed.

Winona running back Ty Gavin fumbled deep in Winona territory that led to a Minot State touchdown and two-point conversion. Minot State led 8-0, then Carson Cayko leveled Ty Gavin again causing a second fumble, but the ball bounced into a Warrior player’s hands. Winona gave the ball again to Gavin and he didn’t disappoint. Winona drove the length of the field and scored to make the game 8-7 Beavers. Winona took a 17-8 lead into half time.

The Beavers again put immense pressure on the Warriors, tackling the Winona punter in the end zone for a safety to make it 17-10.  They took the ensuing free kick down to the Warriors one yard line.  Winona was on their heels decided to just say no to the Beavers. They held the Beavers with a goal line stand for the ages. This moment when the everything was going the Beavers way, Winona’s ability to rise in adversity was the difference in a CLOSE game.

The Beavers will rely on their strong leadership and high character to rebound from this game. The Beaver’s schedule doesn’t get easier next week as they travel to the University of Sioux Falls next Saturday 1:00 p.m.