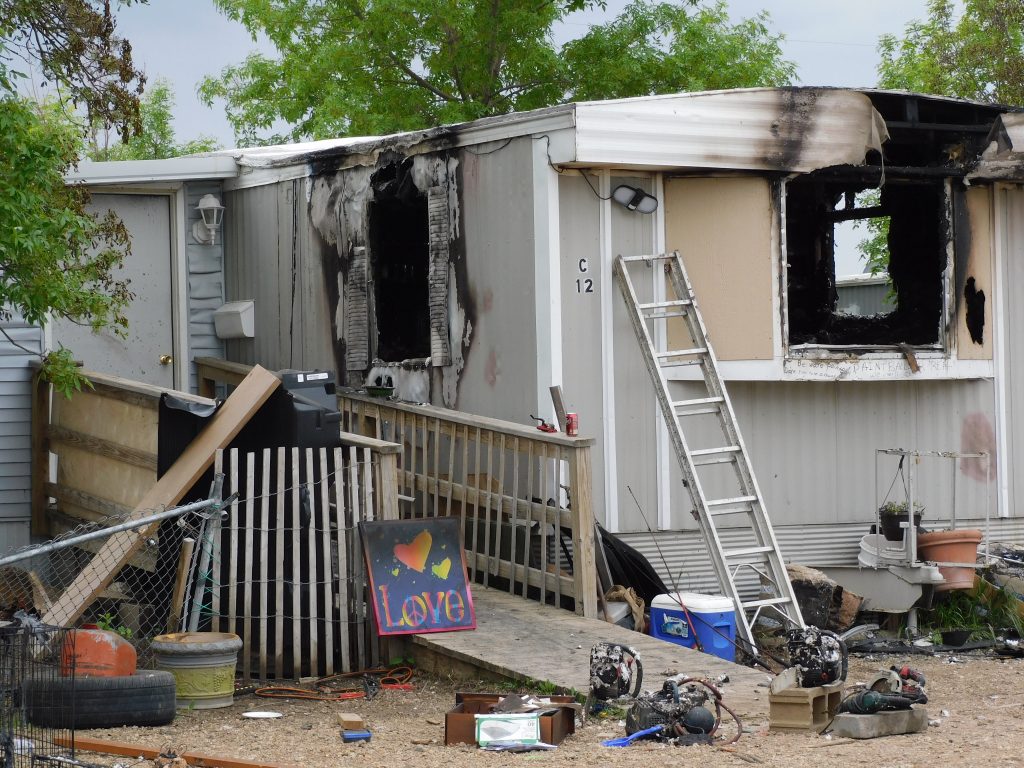 Crews from the Minot Fire Department responded to Jefferson Mobile Home Park for a report of flames coming from a mobile home. Nobody was home when the fire was reported.

Firefighters knocked the fire down from the exterior of the home, then entered the structure, and extinguished the fire. No one was injured in the incident, although two dogs and one snake died in the fire.

The cause of the fire remains under investigation. Firefighters remained on scene throughout the night to check for hot spots.