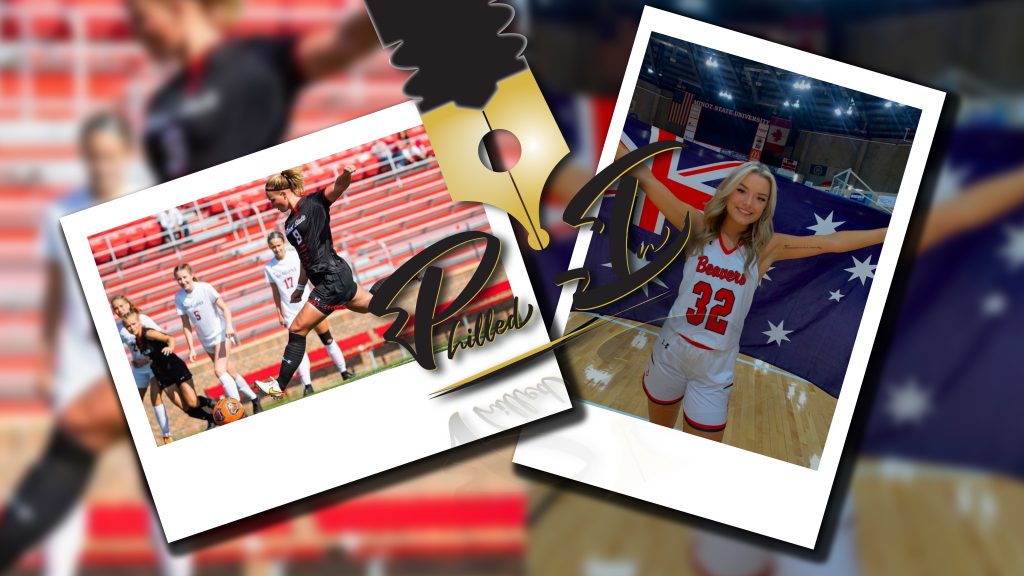 Entering the 2021-2022 school year there were 14 athletic teams on the campus of Minot State University. Next fall the 15th team in Women’s Wrestling will join MSU Athletics. Excluding Women’s Wrestling since their roster is not yet finalized as they continue starting the program, there is only one team on campus that does not have at least one international student. Women’s Cross Country is the only 100% American roster at Minot State.

Soccer is considered to be the biggest international sport in the world. That remains true here at Minot State as the soccer team often has the highest percentage of international players out of all the teams. This year’s team had players from Canada, the United Kingdom, the Netherlands, and Italy. Transferring from the University of North Dakota, Daisy de Boer, joined Melanie van Walstijn as the second Netherlands born player on the team. de Boer came to play in the United States because she recognizes how big the women’s game has become in American and saw it as an opportunity to grow as a player.

“The U.S. is big in women’s soccer so it was the best choice I could make in order to become the best soccer player I could possibly be. Fitness is something I wanted to work on so this was the right place for me to do so. Besides that, America has always been interesting to and something I wanted to explore,” de Boer said.


Because soccer is an international game, the players who play it have molded the game differently in different parts of the world.

“I think interacting with athletes here and home is very interesting and different. You get to talk and hear about certain things which sometimes come from different perspectives and don’t always align with what I’m used to and vice versa,” de Boer explained, “The biggest difference I have noticed with playing in the Netherlands, even for Dutch National Teams, and playing in the U.S. is that in the Netherlands the focus in soccer is more on the technical and tactical aspect of the game from a younger age where as the U.S. focuses more on the fitness aspect of playing soccer.”

de Boer has only been at Minot State since the fall, but she has enjoyed her opportunity to interact with all the other international athletes she has come in contact with.

“I think it’s amazing! I love the fact that competing with players from all over the world, teaches me a lot on and off the field. Different ways, views, thoughts, it all educates me in a way. The connections and friendships you get out of playing with your teammates as well as playing against other schools and getting to know other Dutch players is cool,” de Boer said.

de Boer’s hometown of Apeldoorn, Netherlands is 4,286 miles from Minot. She isn’t making long weekend trips home like the athletes from Minnesota.

“Being far from home is hard at times. Not being able to spend time with your family and friends as much as you would like and having to FaceTime for months is tough. You’re really relying on yourself which makes you grow as an individual. Luckily, you make friends here at MSU that become family and help you through those harder times and make it super fun to be here! Besides that, I start to miss certain foods after being away for a while as well,” de Boer explained, “I think it’s a worthy experience. There comes a lot with being an international student athlete. You know, having to speaking another language, missing your family and friends, having to deal with time differences and what not is pretty tough sometimes. Once you realize what you get in return like lifelong friends, traveling, personal growth, the soccer and overall experience, you don’t regret it a tiny bit and that’s something no one can ever take away from you.”

“I always dreamed of pushing myself to the next level in basketball, starting fresh and living in a country playing a sport while earning a degree was a pretty sweet idea. I knew it would be an opportunity of a lifetime to not take up,” Chapman said.

Chapman is even further from home than de Boer, being just over 9,000 miles away from home and it hasn’t been easy being so far from home.

“You know it is hard, especially being halfway across the world and not being able to drive to see your family in a couple of hours like your teammates are able to do. In my freshman year, I was sent home due to COVID so I was home in a couple of months which was great but as of August 2020 I have not been able to go home so being away for nearly 2 years now does take a toll, especially on your mental health as you sort of forget what your home town looks like, how your families hugs feel, etc, so yes it is hard. At the end of the day, I have such amazing people here at Minot that have turned into family, and I just remind myself that it's a small chapter in my life that will all be worth it in the end,” Chapman explained.

Coming to America has been an eye-opening experience for Chapman. She’s been given the opportunity to interact with athletes in ways she never had before.

“I was always around basketball, never around other sports so coming to the U.S. being around such a variety of sports that Australia doesn't have was a pretty cool experience as your meeting all these people from all across the U.S. and the world through sport. Compared to my hometown in Australia, Minot is a very very small town which makes it easier to make new friends,” Chapman said.

Minot State is a melting pot for athletes across the world. It’s what makes the university so unique. These athletes sacrifice seeing their family for months at a time to play the game they love and Minot State is fortunate enough to have such amazing athletes join its family.