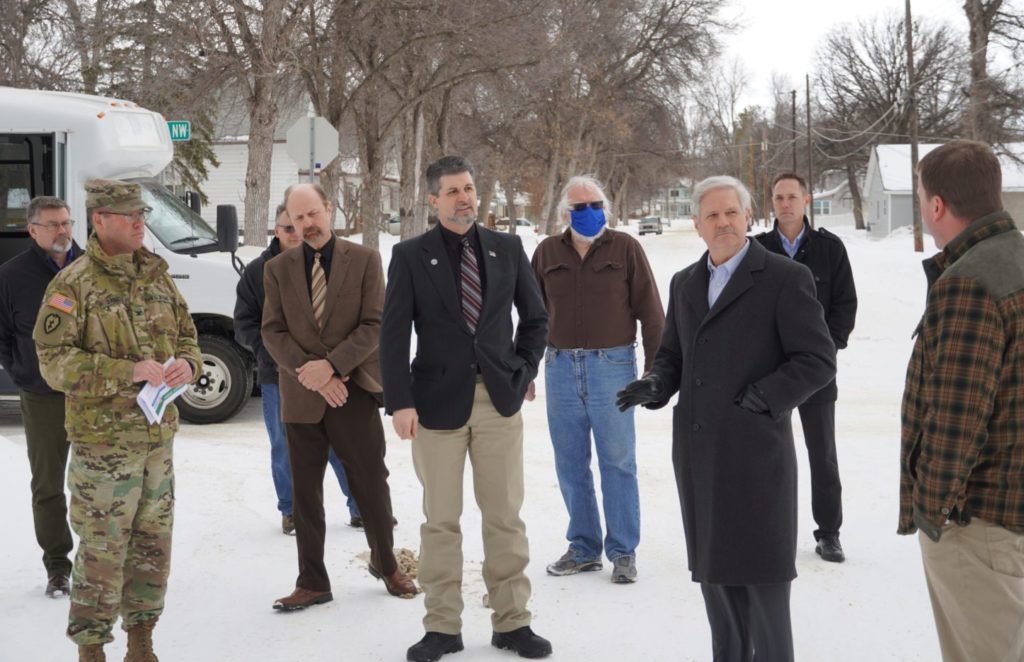 The group toured the site of the project's 4th phase and discussed the next steps in advancing future phases.

Last week the senator announced $61.45 million in federal funding he helped secure for the project.

"The federal government promised to help build flood protection in the Souris River Valley - we've now kept that promise. Phase 4 is authorized and fully funded, enabling the Corps to build the Maple Division and tie all of the phases of Milestone 1 together, which will deliver permanent flood protection to 60 percent of the region's residents," Hoeven said. "Further, achieving this milestone allows us to focus on funding the upcoming phases to protect the entire region, building on the $9.8 million DCIP award we secured for phase 5 last year."

“I did not expect that we would be fully funded at this stage in the game,” Colonel Karl Jansen said. "It's total funding. It'll take us to completion, which is a rare opportunity and one that we'll take great advantage of," he added.

The group's discussion focused on identifying where the project is now and the next steps moving forward.

Minot Mayor Shaun Sipma said that, so far, the project "has been at cost or under cost just about on everything." He brought up the fact that the flood protection plan will run right through two mobile home parks, Robindale and Holiday Village, and the city will have to buy those properties out over the next two years. He added, "It's a lot of individual family homes as well," and said the city will reach out and communicate with homeowners in those affected neighborhoods.

For other homeowners, Hoeven pointed out, “We’re in a position now where, with completion of Milestone 1 [Phases 1-3], which we’re now pretty much in position to do, that gets 60% of the people in the Minot Area protected, so they don’t have to buy flood insurance. That’s a huge thing.”

The overall project spans from Burlington to Velva, and is scheduled to take approximately 20 years to finish the project.

The details of the federal funding for flood recovery and protection in the Souris River Valley can be found below:

Wrapping Up The Art