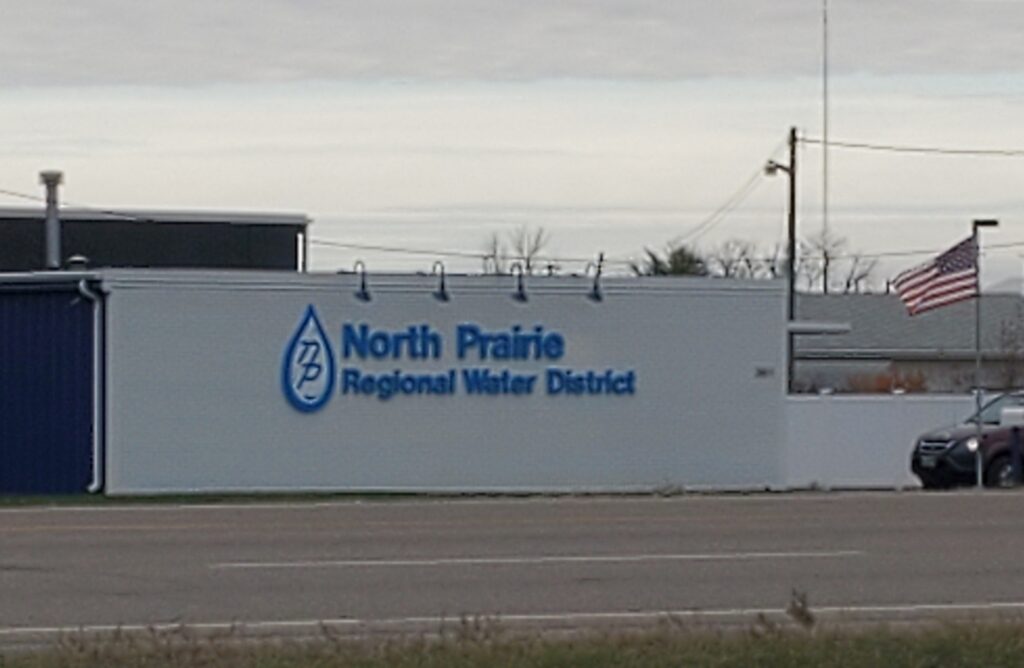 MINOT—An unexpected rate increase in rural water prices last December has led one local business owner to start digging into the practices of the North Prairie Regional Water District (NPRWD). The deeper she digs, the more concerned she has gotten about what she perceives to be an extreme lack of transparency

Crystal Hendrickson, a Nedrose business owner, sought answers to her questions by calling NPRWD and attending public meetings. After receiving an initially friendly response, Hendrickson very quickly felt that she was not being dealt with forthrightly when she asked to see the agency’s financials and bylaws.

Hendrickson was initially concerned with how high the water rates are. “Of all the Rural Water Districts in North Dakota that publish their rates online, NPRWD has the highest rates. Highest base rates, second-highest water usage rates. Is our water better than anyone else’s?”

Hendrickson has a background as a government inspector. She explained, “I should be able to walk into the office and inspect records or files. Those file cabinets are public information. But instead they want to make copies of specific things and then charge me for those copies every time I ask for something.”

Hendrickson has appealed to the North Dakota attorney general, but she doesn’t want to have to do that every single time she wants to inspect records, and then also have to wait six months every time for the attorney general to generate an opinion about each appeal.

“There doesn’t seem to be a good enforcement mechanism for these open records laws,” she added.

Hendrickson has been concerned enough to start a social media watchdog page to make other paying members of the Water District aware of her concerns.

“These aren’t [NPRWD’s] private records; these aren’t your private financials. This isn’t your water,” Hendrickson continued. “How does such a small group of people have such a stranglehold over our most precious resource? It’s not like this board is a group of people with special knowledge about water. They’re not water experts.”

Teresa Sundsbak, NPRWD’s General Manager, countered Hendrickson, stating that NPRWD follows the open record laws. “I have provided everything she has asked for, according to what the open records laws require.” Sundsbak continued, “She has to realize that there are rules on both sides of the fence.”

The digging Hendrickson has done has also raised more specific questions in her mind about how the paying members’ funds are being spent. NPRWD’s funding comes primarily from water rates. They also receive loans for special projects.

Regarding spending, a big area of Hendrickson's concern is the Mountrail Transmission Project, a $17.8-million project planned to extend from Minot to serve an area in Mountrail County. At this point the project has approximately 70 customers, with a potential for approximately another 100 more customers. “If you do the math,” said Hendrickson, “that’s almost $100,000 per potential user.” Even though 75% of that cost is coming from a federal grant, Hendrickson says that doesn’t alleviate her concern. “It’s still [taxpayer] money,” she said.

As Hendrickson got more involved in the public meetings and the NPRWD Board’s processes, she also noticed oddities about mixing public and private spending. Her concerns involved, among others, tickets to a Washington Wizards basketball game during a trip to a National Rural Water Conference in Washington, D.C., in February 2020. Not enough detail is provided in the records shared by NPRWD to determine who all attended the game and meals, but since records show reimbursements have been made by Sundsbak to NRPWD in 2020 after other conferences for her husband’s meals and plane tickets, Hendrickson questions why public money is being used to purchase private tickets and meals, even if it’s being reimbursed after the fact. “[NPRWD] isn’t a business; this is public money,” said Hendrickson.

Because of all her concerns, Hendrickson has begun circulating a petition (requiring 250 signatures) to hold a special election for the NPRWD board positions that should have been up for election in 2020 and 2021. In 2020, the annual public meeting was canceled because of COVID concerns. But Hendrickson claims that the 2021 elections didn’t happen the way they were supposed to occur either. She claimed that several directors, including long-time director and current President John Bearman, were granted longer terms than they should have been. “I understand that COVID changed some things,” said Hendrickson. “But then have the elections the next year; don’t just grant people an entirely new 3-year term when their term was supposed to be up already.”

"When those two districts merged, we had to follow the rules of the State Water Commission and the State Engineer."Teresa Sundsbak, General Manager, NPRWD, Minot

But Hendrickson believes there were more shenanigans going on. Two weeks after the annual meeting and election held in May 2021, at-large director and Pick City mayor Wilbert Harsch resigned from his previously appointed position as director of area 7D. Jurisdictional lines had been recently redrawn to make Harsch’s position an at-large position. Harsch’s resignation at that time, just after the annual meeting and election, allowed the board to appoint a new at-large member. Matthew Zelinski was appointed to that at-large position in June 2021. His term expires in 2023.

Related to this, an upcoming divestment of assets in Pick City and Riverdale was announced, but only after the annual public meeting rather than during that meeting. Hendrickson stated, “No mention was made of this upcoming divestment [at that May 2021 annual meeting]. We are told Harsch is resigning because Pick City will no longer be in our district.” But Hendrickson believes this timing was intentional in order to avoid having an open election for Harsch’s at-large position during the May election.

Hendrickson claimed, “They’re just used to doing whatever they want to do.” She added, “I just want there to be more transparency. It should be easier than this—it shouldn’t be this hard to find out how our money is being spent.”

North Prairie Water Watchdogs can be found online at www.facebook.com/North-Prairie-Water-Watchdogs-106299121573307.

North Dakota farmer detained in Ukraine is back

Toss That Junk Out