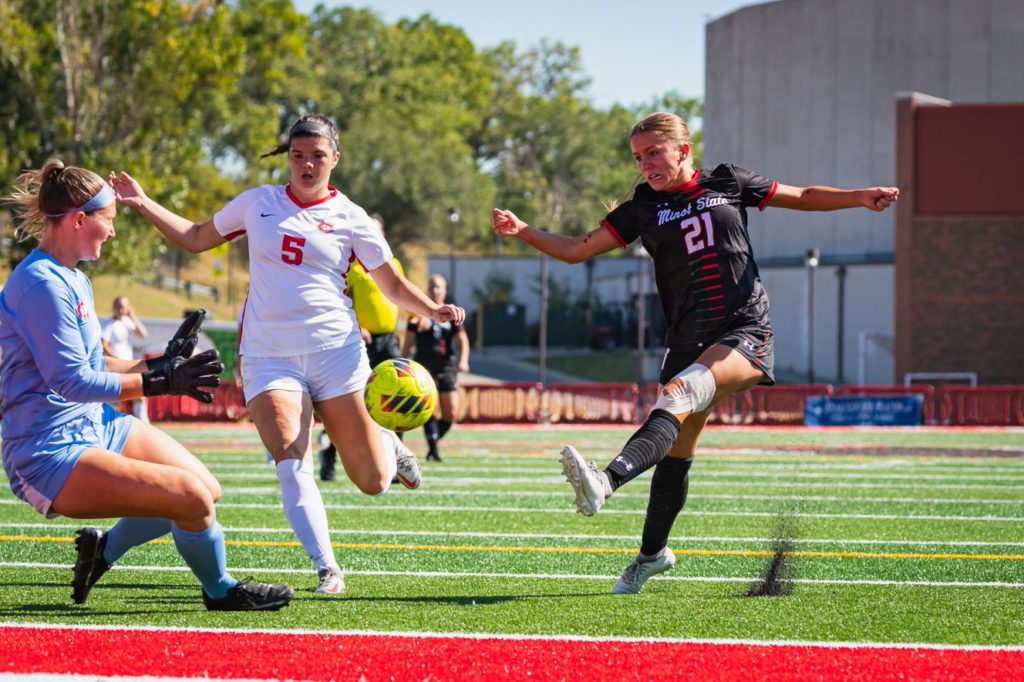 The Beavers scored early then hung on defensively to defeat the St. Cloud State Huskies 1-0 at First Western Bank Field at Herb Parker Stadium to earn the Beavers their first victory of the season.

"We keep building and we keep getting better and to do it on the fourth game in seven days feels good because it shows our character, it shows a lot that this team can do, and we pushed ourselves over the line today," head coach TJ Perez said of career win No. 1.
"I think today was just getting back to what we were been doing, we've been building, our possession’s gotten better, our attack has gotten better; I said let's keep going on that."

Minot State scored the lone goal when Brooklyn Casey scored her first goal of the season in the eighth minute, assisted by Emma Monsen for Monsen's first collegiate point. The Huskies (1-4-0, 0-2-0) came out of halftime with intense pressure, but just weren't able to secure the needed goal to tie.

Maddie Kindred totaled six saves for the Beavers out of 18 total Huskies shots for her first shutout of the season and 13th of her career.

Burgum Proclaims Day of Prayer for Ukraine; Governor’s Residence to be lit in Ukrainian flag colors