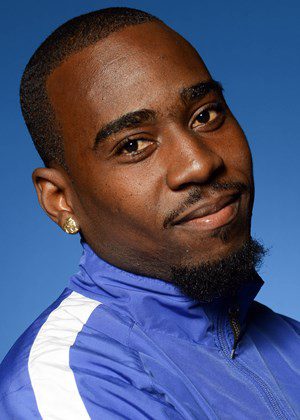 MINOT, N.D. – The Beavers are pleased to announce the addition of a former Olympian as the new head of the Minot State track and field programs.

Swift, a native of Barbados, competed for his home country in the 110-meter hurdles at the 2012 London Olympics and in that event at the 2013 World Championships in Moscow, Russia, as well.

“We had an outstanding pool of candidates interview for this head coaching position,” Minot State’s AD added. “Greggmar not only has an impressive personal history of success but has an impressive plan to raise the level of our success in track and field. Everyone he met with and spoke to on campus came away impressed. We feel he will be a great addition to our staff and we are excited for him to get back to campus.”

“Being named as the new head coach at Minot State University is beyond words,” Coach Swift said. “To be trusted to develop and be in the everyday lives of student-athletes and future world leaders is a mighty honor.”

The Beavers newest head coach spent the last 3 ½ years in California filling a variety of roles at Merritt College, a junior college in Oakland where he was an assistant track and field coach for the Thunderbirds, head women’s soccer coach, and a Kinesiology instructor.

Prior to coaching and teaching in California, Swift spent two years as Vice Chairman of the Olympic Athletes Commission in Barbados, and also served as an assistant coach for track and field for four seasons at Indiana State, his alma mater.

“I’ll be able to benefit the athletic department and the track and field program by bringing 18-plus years of regional and international experience on both sides of the student-athlete and management spectrum, which are academically and athletically,” Swift said. “Being what student-athletes aspire to – an Olympian and having a master’s degree – sets the trend for current and future student-athletes.”

Swift earned his bachelor’s in Insurance and Risk Management from Indiana State where he also was a five-time NCAA Division I All-American, earning that honor in the 60-meter hurdles as a junior and senior in indoor track and field, and as a sophomore, junior, and senior outdoors in the 110-meter hurdles.

Swift moved on to earn his Master of Physical Education from Ball State.

The new Minot State head coach also holds the Barbados national record for the indoor 60-meter hurdles of 7.54 seconds, and twice finished fourth at the Pan American Games – in 2015 in Toronto, Canada and again in 2019 in Lima, Peru.

Looking ahead to the immediate future of the Beaver track and field program, Swift adds that his goals are to: “Show the Minot community that our university wants to invest in its own city and nurture home-grown talent while sharing the greatness of athletics with the Magic City community in hopes that the sport will bring a close-knit community even closer.

“And to give our students-athletes the best collegiate experience that my staff and I can possibly give them,” Coach Swift added. “One takeaway would be the values that we instilled on our student-athletes that will stay with them beyond their Minot years.”