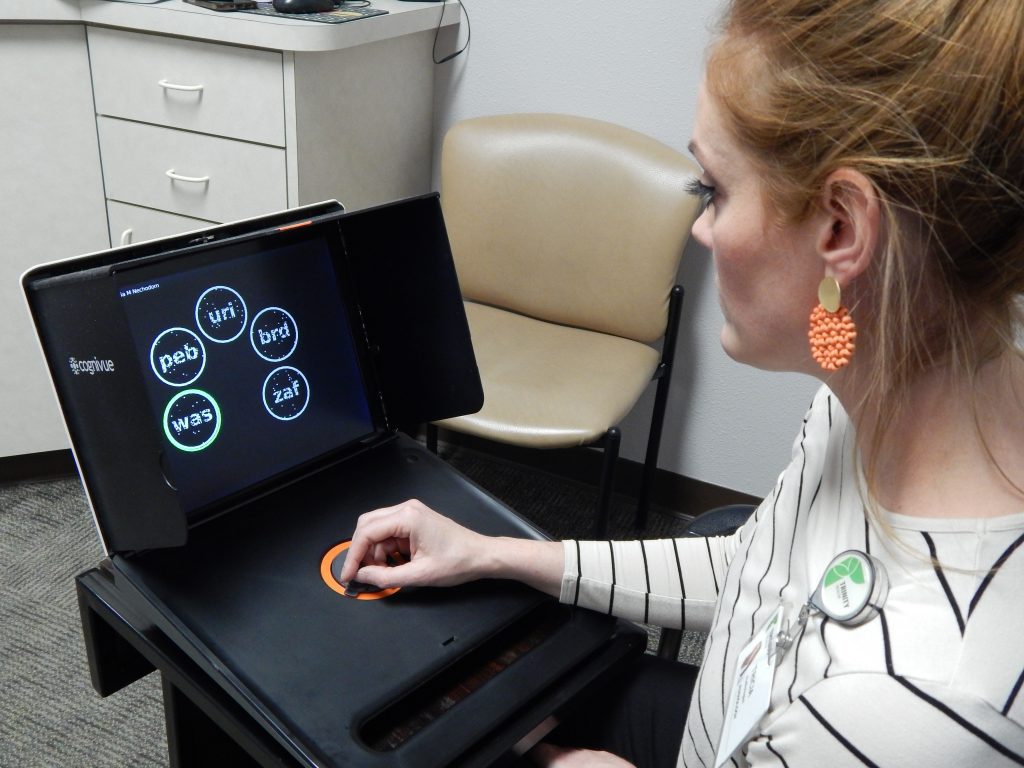 MINOT — People who procrastinate getting hearing aids have a new reason to reconsider their hesitancy.

A growing body of evidence suggests there may be a connection between untreated hearing loss and cognitive decline. Trinity Health’s Audiology Clinic is using Better Hearing & Speech Month in May to raise awareness about the issue.

Doctor of Audiology Tricia Nechodom, AuD, says studies have shown that people with hearing loss are more likely to experience mental decline and even dementia than those with normal hearing.

“For many years, people have thought they could get by okay with hearing loss,” Nechodom said. “Research has repeatedly shown untreated hearing loss can cause people to withdraw from friends and family and may lead to depression and social isolation. More recent research continues to show untreated hearing loss can have a profound effect on overall health, ranging from falls to dementia. Hearing health is part of overall health, and early intervention is key.”

Nechodom has followed the research closely, especially the work from the Lancet Commission on Dementia Prevention, Intervention and Care, the 2020 Report. “The report looked at different risk factors for dementia across the lifespan,” she said. “It found that 12 potentially modifiable risk factors account for 40% of worldwide dementias. Hearing loss was the #1 modifiable risk factor in mid-life (ages 45-65) that could be identified and treated.”

While not every patient is a candidate for cognitive screening, Nechodom has made it part of her standard of care for patients with hearing loss to help guide treatment plans. Instead of simply selecting hearing aids, appointments consist of testing patients’ ability to hear in background noise, cognitive screening, patient goals and measures of quality of life. Recommendations for hearing care include communication strategies, hearing aids, listening therapy and regular follow-up appointments which are selected individually based on each patient’s performance and needs.

Although the relationship between hearing and brain health isn’t totally understood, one theory is that the increased cognitive load that the brain experiences when trying to hear properly taxes the brain’s resources that would otherwise be available for memory and concentration. Another theory is that a diminished auditory process may lead to a shrinkage in brain cells. Yet another factor is the social isolation effect that many individuals with hearing loss experience, and it’s been shown that a lack of socialization can accelerate cognitive decline and dementia.

That hearing loss likely plays a more important role in brain health than previously thought is significant. It also may help explain why some patients have been unsatisfied with their hearing aids in the past, because the ear-brain links had not been tested or properly considered when selecting treatment plans before. According to the Audiology Practice Standards Organization, more than 35 million Americans with hearing loss would benefit from hearing aids, yet only around 29 percent have pursued hearing aid treatment.

“Hearing loss is more than an ear-level problem, your brain goes through significant changes when you have even slight or mild degrees of hearing loss,” Nechodom added. “Treating hearing loss early is critical and, according to the Lancet study, optimally between the ages of 45-65. As audiologists, we must consider hearing aids that restore clear sound to the brain, then offer listening therapy to reteach the brain to hear its best. We want patients to achieve their best outcomes, stay engaged socially and emotionally, and keep the hearing parts of the brain working as best as possible.”