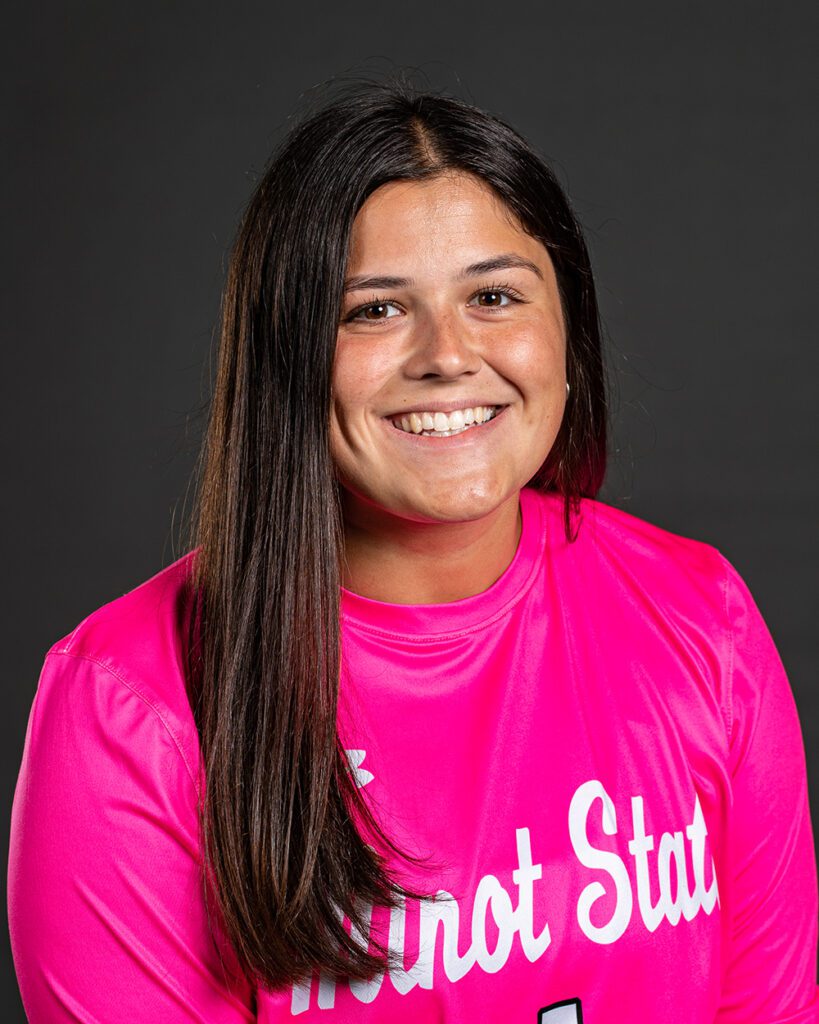 MINOT – A record-setting weekend and a pair of shutouts earned Maddie Kindred honors from the NSIC for the second time this season.

On Friday, the senior from Soldotna, Alaska, made nine saves in the Beavers’ 1-0 victory over the visiting Augustana Vikings at First Western Bank Field at Herb Parker Stadium.

On Sunday, she added her second shutout of the weekend making seven saves against visiting Wayne State in a 1-0 victory.

The pair of shutouts gave her seven on the season and 19 in her career at Minot State which is a new all-time record, breaking the old record held by Erin Rafferty (2015-19) of 18.3 career shutouts.

Kindred currently has posted three consecutive shutouts and has not allowed a goal in 353 minutes, 52 seconds dating back to the Beavers’ 2-1 road win at Northern State.

Minot State (7-2-4 overall, 7-1-2 NSIC) is on the road this weekend as they play at NSIC-leading and No. 13-ranked Minnesota State, Mankato on Friday, and at Concordia, St. Paul on Sunday.