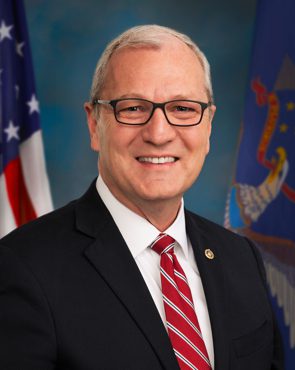 WASHINGTON – U.S. Senator Kevin Cramer, R-ND, penned an op-ed in The Hill on the importance of creating and passing legislation the way our Founding Fathers intended calling for an end of legislating by gang.

Here is the full context of Cramer’s letter:

Too many bills these days are crafted without any committee process or refining amendments. Some legislation clocks in at upwards of hundreds or even thousands of pages, negotiated by the select few, and released a few hours before votes with an urgent message of ‘this must pass now.’ Ironically, they often bypass the committee and amendment process altogether and rank-and-file members sit around for days while Senate leadership negotiates a time agreement rather than simply starting the floor process.

This governance by gang flies in the face of what constituents expect and what our Founding Fathers envisioned when they established Congress. There’s a reason we learn about the Great Compromise — a bicameral legislature — in civics classes. Our Founding Fathers intentionally divided Congress into two distinct institutions with representation based on each state’s population in the House of Representatives and equal representation in the Senate. All members are also assigned to specific committees to carry out the duties assigned to them.

This gang version of legislating completely neuters the committee process, silencing in the process the voice of the elected representatives in entire states and legislative districts. To be clear, I have actively participated in many of these discussions. I have appreciated the dialogue — supporting some of the work product and passing on others — but I have consistently opposed letting those discussions be an end run around committees.

Take the bipartisan infrastructure bill as a recent example. Thanks to the leadership and cooperation of Sens. Tom Carper, D-Del., and Shelley Moore Capito, R-W. Virgina, we debated and unanimously passed the largest highway bill reauthorization in history and substantial clean water infrastructure legislation in the Senate Environment and Public Works Committee. Committee leadership was running point on negotiations. Then out of left field, a bipartisan gang of senators appeared and completely undercut the process.

In the end, they virtually copy and pasted EPW’s work, supplemented their other priorities, and then handed the product back to Carper and Capito to navigate on the floor. I worked with them to make the final product a win for North Dakota, but the model follows poor precedent that unfortunately continues to be replicated today.

Not all gangs succeed. In fact, they often fail. Remember the 2013 Gang of 8? They famously passed immigration reform in the Senate only to see it blow up in the House of Representatives.

Earlier this month, five members of the Senate Finance Committee raised concerns over a recent privately negotiated bill on insulin prices. They’re not asking for much, merely requesting the proposed bill be refined by committee before it is brought to the Senate floor.

Following regular order should not need an appeal to committee leadership. Committee hearings and markups are the protocol Congress has been following for the past 245 years of our representative republic.

The National Defense Authorization Act is a rare bright spot. Although it’s sometimes used as a pawn and floor time is neglected for months at a time, each year it is crafted and amended in committee and successfully passed through regular order on the floor.

We are over halfway through Fiscal Year 2022 and not one of the dozen appropriations bills has been called up in the Senate Appropriations Committee. The last time Congress passed all 12 appropriations bills was in 1996. Today, we resort to rushed continuing resolution and omnibus monstrosities to avoid government shutdowns.

At an event celebrating the publications of the great North Dakotan and former House Majority Leader Dick Armey’s, R-Texas, recent memoir, Armey spoke exactly to the situation we find ourselves in time and again these days:

“‘Now I look at the Congress today and I feel bad… I’ve seen Republican Speakers who have fallen by the wayside, and I can say I believe it is for one simple reason only – they left the structure behind. They got ahead of the body. They failed to respect each and every Member and their right to participate. And then they would come to the floor with a product that had not been seen or worked on by members at large and try to bully it into passage. It’s a heartbreaking thing to watch.”

This is not an enigma. There’s a recipe, roadmap, cheat sheet — whatever you want to call it — readily available. Following regular order by writing bills, holding hearings, marking up in committee, amending on the Senate floor, and reconciling in a conference committee inherently leads to better products. These products have buy-in from elected members of Congress who are accountable to their voters.

In a recent Supreme Court decision, Justice Neil Gorsuch said, “Admittedly, lawmaking under our Constitution can be difficult. But that is nothing particular to our time nor any accident.”

He is right, but too often Congress resorts to expediency instead of excellence. Legislating can be messy, and it can be hard, but it is by design, and I for one did not ask North Dakotans for this job to shirk the work they hired me to do. It’s time for Congress to return to regular order and quit governing by gang.

Burgum Proclaims Day of Prayer for Ukraine; Governor’s Residence to be lit in Ukrainian flag colors

City of Minot to Remove Snow Downtown Starting This Weekend