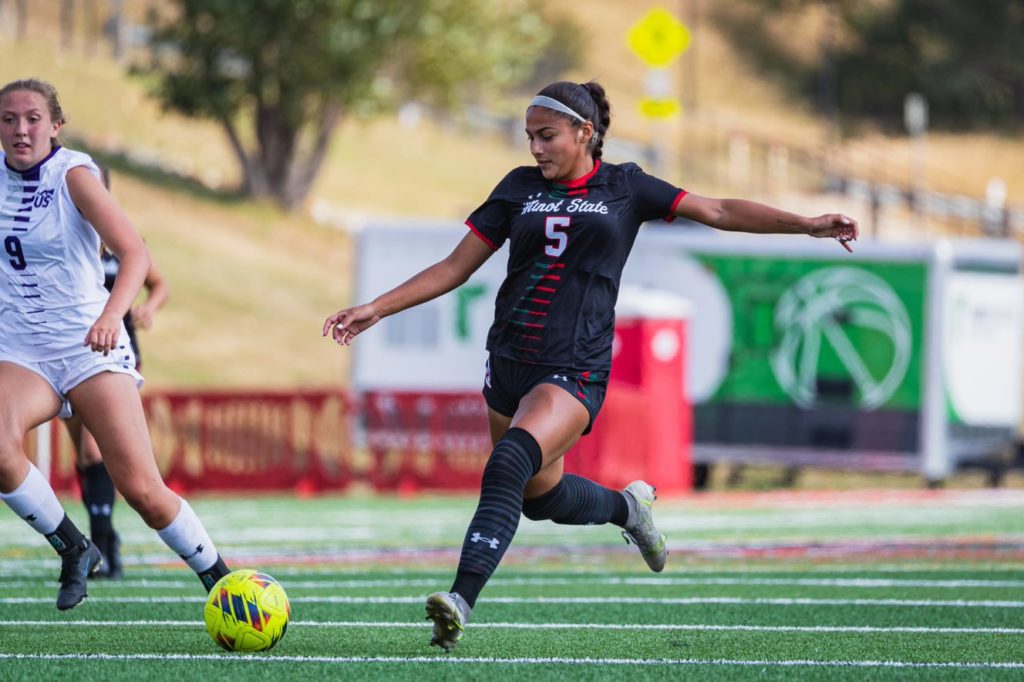 The Beavers, who wrapped up a four-game home-stand with the draw, now hold an overall record of 2-2-3 and a 2-1-1 mark in NSIC play. Minot State now hits the road for games at Winona State on Friday, and at Upper Iowa on Sunday.

Minot State controlled the offense on the day totaling 31 shots in the scoreless tie, 13 of them on goal. Cougars goaltender Holli Knudsen was stellar in net for USF as the Beavers couldn't get past her even with immense offensive pressure. Knudsen finished with 13 saves in the game.

The Beavers faced six Sioux Falls shots, with Maddie Kindred only needing to make one stop in goal for her third shutout of the season, and 15th of her career.

"We created enough opportunities but they had a great keeper," Minot State head coach TJ Perez said. "She made some great saves, she kept them in the game."