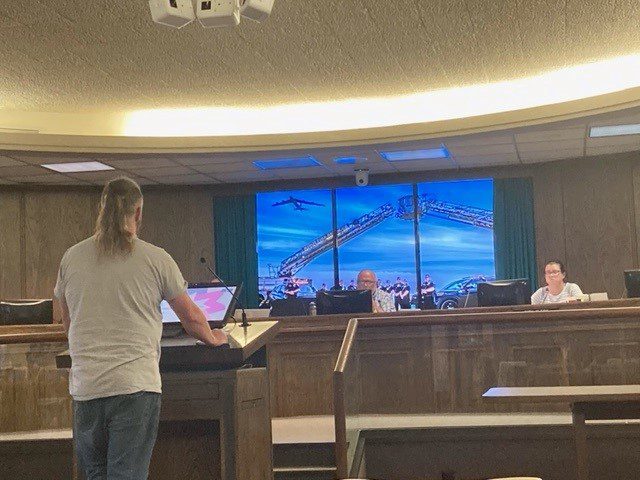 MINOT — Much concern over spending and conflicts of interests were raised at both the Minot City Council and Ward County Commissioners meetings Tuesday and Wednesday.

At the city council meeting Tuesday, Alderman Paul Pitner asked that the service agency Project BEE be removed from the community contributions for the 2023 budget, and that the other five service agencies who requested funding receive a 5% reduction in their property tax levy applications.

"I think we're looking at a reality that is not very friendly to what we could be facing as a community," said Pitner. "Project BEE, we've helped through the NDR Program. It's not a popular motion. However, it's one that has to be introduced."

"The frustration with the contracted company is that they have to respond on holidays, nights, bad weather, and the other companies don't," said Klug.

Leif Snyder, Minot resident, raised concerns over the possible conflict of interests in the placement of Magic Fund dollars to businesses in town, saying that the Magic Fund guidelines do not allow any officer, director, member or employee of the Magic Fund Screening Committee, Minot Area Development Corporation, or City of Minot to have an ownership position or financial interest in a business funded by the Magic Fund.

There were no comments from the council on this matter.

Ward County Commissioners raised concerns Wednesday over the Youthworks board changing language in the agreement to receive funds to purchase its new property pursuant the Department of Human Services new administrative rule to separate youth with criminal charges from those without. The new rule takes effect August 1.

The concern raised by Commissioner John Pietsch was over Youthworks possibly moving out of Minot in the future. Youthworks agreed to a five-year commitment.

"I think with the investment that we have in the building, and the five years basically we have no redemption there," said Pietsch. "If that five-year term was removed, if they decided to sell or move out of town, say eight years from now, we would have still gotten our $350,000 from that."

Commissioner Pietsch moved to remove the five-year commitment from the agreement, so that Youthworks would be required to return the $350,000 whether Youthworks moves or not.

"Youthworks is absolutely committed to the Minot area," responded Emily Yanish, program manager for Youthworks. "Youthworks has no plan to leave the area unless for some unforeseen circumstance."