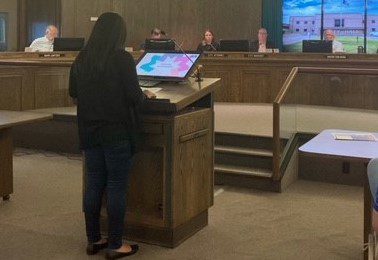 MINOT – The Minot City Council heard a response from the Souris Basin Planning Council Monday on allegations that were made at the prior meeting of conflicts of interest in MAGIC Fund dollars dispersed to local businesses.

Snyder pointed to page five of the Magic Fund Guidelines which reads:

“No officer, director, member, or employee of the MAGIC Fund Screening Committee, Minot Area Development Corporation, or City of Minot, may have an ownership position or financial interest in a business funded by the MAGIC Fund.”

Snyder said he learned of nine businesses that benefited from the MAGIC Fund, including Aksol Group and Creedence Properties.

Briselda Hernandez, executive director for the SBPC, responded to the allegations Monday, saying that the SBPC’s conflict-of-interest form only applies to the SBPC’s board, committee, and staff, and not the Minot Area Chamber EDC’s board.

“Kevin Black, co-owner of Creedence Properties, served on our committee from October 2016 through October 2020,” said Hernandez. “Ryan Ackerman, co-owner of Aksol Group, has never served on our board nor committee. Creedence Properties applied for Business Accelerator Fund  funding in June of 2021, and was approved by the board in August of 2021. This is nearly one year after Kevin Black resigned from our committee.”

“The institution I work at has worked with Souris Basin a lot over the last decade or so,” said Alderman Roscoe Streyle. “This is one of the best institutions we have for financing start-up businesses, growing businesses that we have in the city. They do an absolutely fantastic job, so any negative comments they should receive should be discarded because they’re not true.”