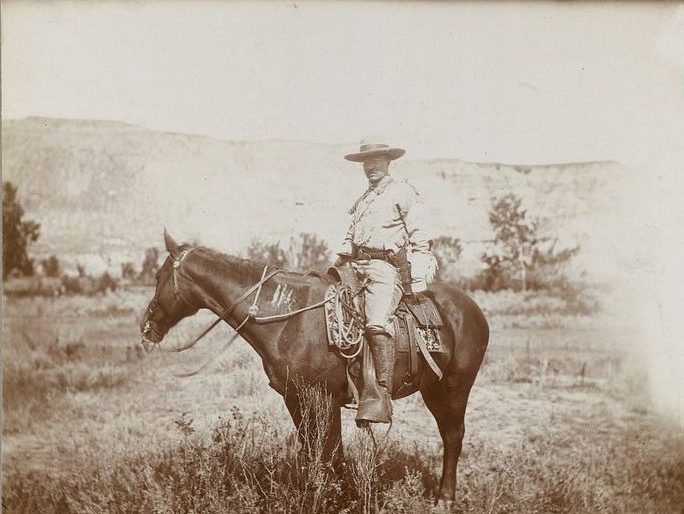 President Theodore Roosevelt didn’t spend all that many years in what was known as Dakota Territory at the time.

But the years he spent hunting and ranching in the 1880s shaped not only what would become North Dakota in 1889 but the rest of the nation’s citizens, its lakes, rivers, wetlands, mountains, prairies, and the wildlife that calls those places home.

Theodore Roosevelt earned the distinction of being known as the “Conservation President” among the hunting and conservation communities and for good reason. The list of national forests, national parks, what would become national wildlife refuges, and other conservation and environmental programs is extensive and unmatched in American history.

He credits his time in North Dakota for shaping his life to what would ultimately lead to holding the nation’s highest office: “I would never have been President of the United States if it had not been for my experiences in North Dakota,” he said in Nov. 8, 1918 speech, just months before his death.

Those hunting and ranching experiences also deepened an already engrained love of the outdoors, hunting, the environment, and – perhaps most importantly – the need for the wise use of natural resources for present and future generations.

Roosevelt and his contributions to the nation and state are recognized in a variety of ways. Heck, in North Dakota it starts with the U.S. National Park Service naming a park in his honor, the North and South Units of Theodore Roosevelt National Park. He established what would later be known as Stump Lake National Wildlife Refuge (NWR) in 1905, followed by Chase Lake NWR in 1908.

During Roosevelt’s time as president he established five national parks across the United States, including Sullys Hill National Park, which was renamed White Horse Hill National Game Preserve in 2019.

*Theodore Roosevelt National Park, Medora: Established in 1947, the South Unit Visitor Center is located at Medora along the Little Missouri River. The park has the Maltese Cross Ranch cabin, which was originally on Roosevelt’s ranch south of Medora. The North Unit is located along the Little Missouri River south of Watford City. Both are stunning examples of what is the heart of the Badlands.

*Elkhorn Ranch: The Theodore Roosevelt National Park South Unit Visitor Center has directions and map to its remaining foundation stones at its original site– it helps avoid getting lost even with GPS. It’s there where Roosevelt penned several books and sought solace in the passing of his mother and first wife.

*Roosevelt statue, Minot: Another statue paying tribute to the “Conservation President” is at Minot’s Roosevelt Park. Originally named Riverside Park, it was renamed in 1919 after Roosevelt’s death. The statue was donated to the City of Minot in 1924.

*Stump Lake and Chase Lake National Wildlife Refuges: Stump Lake NWR has changed dramatically since Roosevelt established its original 27-acres comprising four islands as a federal bird sanctuary in 1905. Now under the waters of Devils Lake, visitors can access a recreation area on the lake’s east side. Chase Lake also began as a bird sanctuary. Northeast of Medina, it’s home to the largest white pelican nesting colony in the country.

Roosevelt’s conservation legacy, as well as his dedication to a strong America, lives on more than a century after his passing through the vast array of legislation and programs he championed, including the State of North Dakota.

She's Not From Around Here: The Carousel