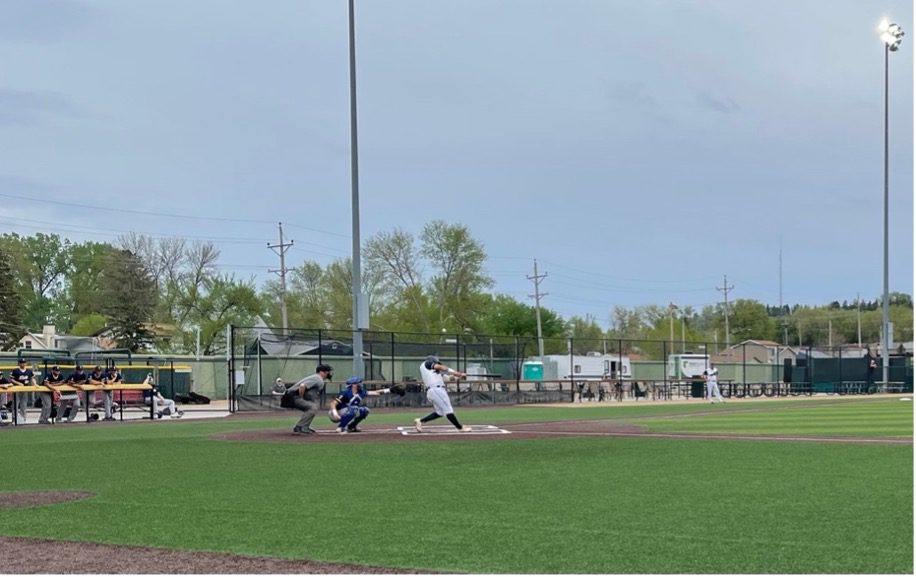 MINOT — The Souris Valley Sabre Dogs continued their opening weekend series with the Red River Pilots Saturday, capturing a 4-3 win. The Sabre Dogs used a familiar formula in the first as a single by Lewis Pelayo and a walk by David Demeter, set up Chris Monroe for a 3-run Home Run.

Sabre Dogs starting pitcher, Thomas Gutierrez, was solid as he went 6 innings, allowing 2 runs on 6 hits, 8 Strikeouts, and a walk. The middle frames saw a pitchers’ duel as neither team was able to generate any quality scoring opportunities.

The Pilots saw the first runs on the season off a pair of doubles and a single in the sixth before Gutierrez was able to work out of the inning. Alex Crouch led the Sabre Dogs off in the bottom half of the inning with a deep drive to right, giving the Sabre Dogs the insurance tally needed to secure win #2 on the young season.

Red River tallied 1 run in the ninth before a pair of groundouts ended the rally. The win ensures at least a split of the 4-game series for the Sabre Dogs as they look to secure a series win in game three Sunday at 5:35pm.