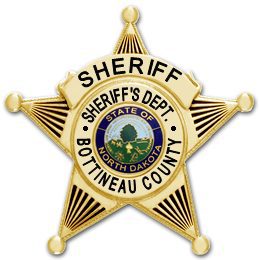 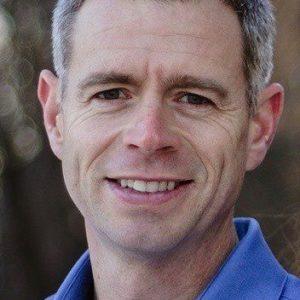 Candidates for Bottineau County Sheriff have big shoes to fill

For the first time in 24 years, there will be a new sheriff in town. In Bottineau County that is. Sheriff Steve Watson, who was first elected in 1998, is retiring at the end of this year. This November’s election will determine who will fill his shoes.

Matt Schimetz and Jeremy Toftland are the candidates running for the position.

I spoke with each of them to give them an opportunity to explain what they bring to the table, what challenges they think the department faces, and what they would do for the citizens of Bottineau County.

What is your background in law enforcement?

I began my law enforcement career after graduating from Lake Region State College Peace Officer training program in 2000. I went to work immediately as a deputy for the Rolette County Sheriff’s Office and remained employed there for nearly five years. During that time, I was promoted to Patrol Sergeant and eventually to Chief Deputy Sheriff.

In 2005 there was an opportunity to move back to Bottineau, and I accepted employment with Bottineau County Sheriff’s Office as a deputy stationed primarily in the city of Bottineau. In 2009 I transferred to a position that focused on the rural areas and the other communities throughout Bottineau County.  In 2010, I was promoted to my current position of Chief Deputy Sheriff.

As the Chief Deputy, I assist the sheriff with the daily operation of the Sheriff’s Office. These duties include supervising nine deputies and dispatch and corrections staff, overseeing civil process and paper services, sex offender registration compliance, records management, and overseeing timekeeping and scheduling. I maintain my own caseload, which includes investigations and patrol duties in addition to providing assistance and guidance to the deputies when needed. I have received over 1544 hours of specialized law enforcement training to better serve Bottineau County with professional law enforcement.

Why do you want to be the sheriff of Bottineau County?

I want to be Bottineau County Sheriff, because this is my home and I want to help make it as safe as possible for your family and mine. As sheriff, I will be in a better position to protect life and property in addition to the constitutional rights of our citizens and visitors.

What will be the biggest challenge for the next Bottineau County Sheriff?

Some of our biggest challenges recently have been hiring and retaining qualified personnel. Whether it is a patrol deputy position or dispatch and correctional staff in the jail, it has become increasingly difficult to maintain staff. Bottineau County is not alone with this issue as many counties throughout the region and state are experiencing the same struggles. In addition to staffing shortages, operating cost are ever increasing, and it will continue to be a challenge to maintain services and public safety all while staying within the budget. I feel that my proven leadership skills, specialized training, and 21+ years of experience will help me address those issues efficiently and effectively.

Steve Watson has been the sheriff for over 24 years.  What will you do differently if you are the sheriff?

Longtime Sheriff Steve Watson is retiring at the end of the year. The Bottineau County Sheriff’s Office has undergone many changes during that time. Changes in technology and construction of the new county jail are probably the most significant.

As sheriff I would continue the work we have started by keeping the department as up-to-date as possible with training and technology as it is always changing. We need to invest in our employees and foster a work environment that makes people want to stay here and make Bottineau County their home.

I would like to work on scheduling for the deputies to maximize law enforcement coverage and make the most of our resources. Target problem areas, such as drug related crimes and rural thefts.  I believe that focusing on those issues should be a priority.

I believe that transparency is important, as sheriff I would work hard to keep the public informed on the Sheriff’s Office activities to greatest extent possible.

What is your background in law enforcement?

I started my law enforcement career in 1999 while I was attending Minot State University by joining the Ward County Law Enforcement Reserves. I went on to attend Lake Region State College and graduated from the Peace Officer Training Program in December 2001. Shortly after, I began my career working for the Rugby Police Department in 2002. I achieved my AAS in Law Enforcement from Lake Region State College in 2011.

I have been fortunate in my 20-year career to work alongside some true mentors. With my start in Rugby, I gained much knowledge and experience about the fundamentals of what law enforcement should look like in small towns. I learned the importance of talking to business owners, having a presence at sporting events, and being involved in the community.

When I made the move to McHenry County Sheriff’s Office, I gained invaluable experience in county patrol. Sheriff Marv Sola demonstrated the importance of being a great leader and sheriff. It was under his reign as sheriff that I was promoted to sergeant, and ultimately to lieutenant. McHenry County not only gave me experience with a large volume of calls for service, but also supervision of road deputies, assisting Sheriff Sola with budgeting, as well as day-to-day operations.

In 2011, when Sheriff Watson gave me the opportunity to move back to the Westhope area to work as a deputy, I jumped on it. Later, I was given a new position as a Rover deputy, which has allowed me to patrol the eastern part of the county and City of Bottineau as well.

During the last 10 years, I have assisted Sheriff Watson with the Operation Stone Garden Grant.  This grant has allocated many dollars to Bottineau County for overtime opportunities for deputies and equipment needs. I have written for and obtained the Walmart Community Grant, Department of Justice Bulletproof Vest Grant, and Project Safe Neighborhood Grant. Each of these grants have been used to supply the sheriff’s department with additional funding for either equipment or staffing needs, which in turn has helped support the overall budget.

Another highlight of my career was the opportunity to be on the jail board while the new jail was being designed. I was also one of the initial people to get the Computer Aided Dispatch to Bottineau County.  The CAD system makes Bottineau County a more efficient dispatch center and provides the citizens with a safer experience should they find themselves in need of emergency assistance.

During my 20-year career in law enforcement, I have obtained over 1400 hours of specialized training. I have spearheaded many types of criminal investigations including, but not limited to, burglaries, vandalisms, assaults, and sexual crimes. I have worked narcotic investigations, homicides, and other types of investigations while working together with other agencies. I have been a field training officer for 15 years and enjoy teaching new officers. My enjoyment of teaching others led me to become a certified instructor for police subjects, as well as a Taser Instructor. I am a big supporter of officers having the right kind of specialized training to support them in their careers.

Why do you want to be the sheriff of Bottineau County?

With Sheriff Watson retiring, now is the time to run for sheriff. I want to further show my dedication to the citizens of Bottineau County. I have always been passionate about being a leader in the field of law enforcement. I am excited for the opportunity to incorporate new ideas into the sheriff’s department that will continue to improve the services we currently provide for the county.

What will be the biggest challenge for the next Bottineau County Sheriff?

There are several challenges that will face the incoming sheriff, but there are two that are at the forefront of my mind.

The first challenge I see is maintaining a fully staffed sheriff’s office. This is a concern that agencies across North Dakota are seeing. Simply put, there are not enough trained and qualified officers to go around. There will need to be a focus on not only recruiting officers for open positions, but also retaining current and future employees. We’ve had several recent retirements and are currently heading into the summer down two officers from being fully staffed. In the years I have been here, this is a problem we have encountered numerous times. Unfortunately, this is not a problem that is limited to officers on the road. There will also need to be a focus on ensuring we have enough staff for our dispatch and correctional side. To best serve the people in Bottineau County and surrounding areas, this challenge is something that will need to be proactively addressed. This leads into the next challenge the sheriff’s office faces: budgeting.

The incoming sheriff will need to work diligently with the commissioners and auditor’s office to create and maintain a budget that is not only feasible for the county, but also meets the needs of the department. Law enforcement is becoming a highly technology involved field. Unfortunately, with more technology comes higher cost. However, it is money well spent for the safety of our citizens. It will take strategic planning and exploring additional funding sources, when available, to keep the sheriff’s department current with necessary safety equipment officers, dispatchers, and correctional officers need to effectively do their jobs.

Steve Watson has been the sheriff for 24 years.  What will you do differently if you are the sheriff?

Sheriff Watson has led the sheriff’s department through many challenges and changes over the past 24 years.  I would like to lead the department for the next 24 years. If elected as the next Sheriff, I see community involvement from all officers being vital. Just this week, I was able to speak to my daughter’s first grade class. I find these interactions with the youth in our communities not only rewarding, but also valuable. This is only one example of what I would like to see more of.

We are fortunate to have the support of many citizens in our communities, however, there is still a stigma attached to the field of law enforcement. Ensuring we have the trust and support of all communities in Bottineau County is pertinent. I want to see communities and law enforcement come together to address issues before they become large problems. Officers should be patrolling our county roads, highways, and our towns. We, as a department, should be seen across the entire county. This will reduce damage to property, theft, and overall crime and is a way to be proactive versus reactive.

We have had recent retirements, and with Sheriff Watson not seeking re-election, another one on the way. This leaves a void in the county that will be hard to replace immediately. It will take time and effort of the next sheriff to ensure that officers are working to get to know people in our communities. It is my goal that communities trust the sheriff’s office and know us on a personal level. 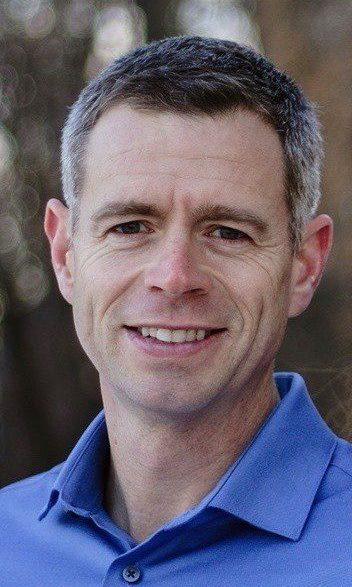 SRT Distributes Nearly $2.4 Million in Capital Credits to its Members