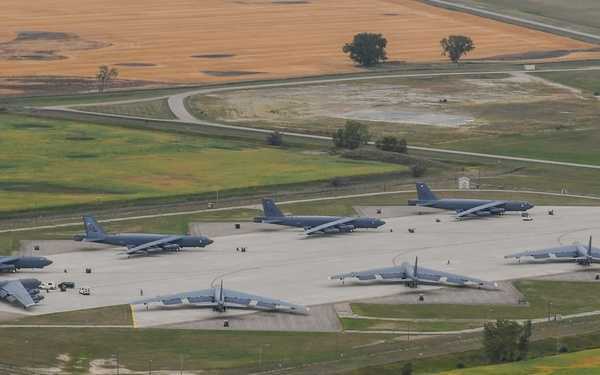 WASHINGTON, D.C. — At a hearing of the Senate Defense Appropriations Committee this week, Senator John Hoeven, R-ND, confirmed with Air Force leaders that modernization efforts are on track for nuclear forces based at the Minot Air Force Base. Hoeven outlined the importance of modernization efforts in ensuring the U.S. continues to have an effective nuclear deterrent with Air Force Secretary Frank Kendall and Air Force Chief of Staff General Charles Brown. Secretary Kendall and General Brown confirmed to Hoeven that these efforts are on track, including the procurement of MH-139 Grey Wolf helicopters to secure the missile fields and replacement missiles for the B-52 and intercontinental ballistic missile (ICBM).

“We’ve worked hard through the Appropriations Committee and the annual NDAA legislation to ensure the Department of Defense has the resources and authority it needs to keep the modernization of our nuclear forces, including the ICBM, bomber and helicopter upgrades for Minot, on track,” said Hoeven. “I appreciate Secretary Kendall and General Brown for working with us to ensure our nation continues to have a credible nuclear deterrent for years to come.”