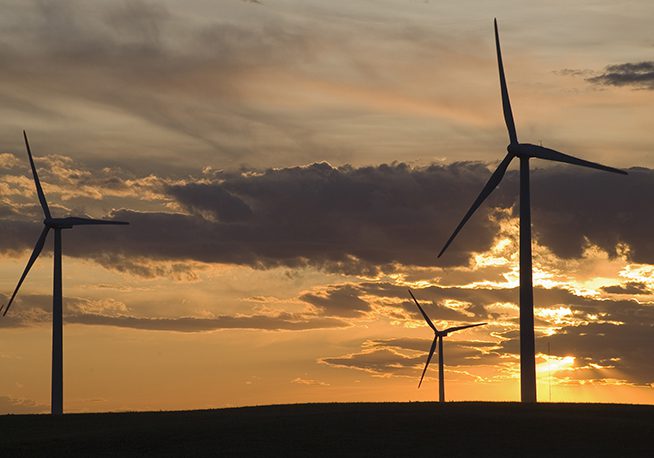 Commissioners Julie Fedorchak and Brian Kroshus said they saw advantages to Tatanka’s revised proposal that involves a new method of removing turbines akin to felling large trees. Kroshus emphasized a desire not to have the PSC, a government agency, discouraging industry innovation. He also saw an advantage in this newer method for landowners.


“It’s in the best interest of the landowners."

“The company made a very compelling argument that this would reduce [land] compaction in not having to bring in the same size equipment that would cause more disruption to the land,” said Kroshus. “It’s in the best interest of the landowners,” he concluded.

Commissioner Randy Christmann cast the lone dissenting vote. He said he was disappointed that Tatanka’s revised proposal provided more than $6 million less in financial assurances. Christmann questioned whether the state would have the money to finish this decommissioning project if the company went bankrupt.

“This will be a very, very complex area to reclaim."Randy Christmann, Public Service Commissioner

Finally, Christmann brought up his own concerns about the land. “This will be a very, very complex area to reclaim,” he said, since the land is not near a four-lane highway and includes mostly rolling grassland rather than flat cropland.

Both Fedorchak and Kroshus saw enough value in the financial assurances provided by Tatanka to support the revised proposal. Kroshus stated, “If a bankruptcy did occur, the [required] bond does not go away.”

No mention was made in this PSC meeting about why such a large wind farm was being decommissioned.

Kroshus was attending his last PSC meeting before taking over as the new tax commissioner. Fedorchak took a few moments at the beginning of the meeting to thank Kroshus for his service on the PSC, especially for his willingness to talk frankly about impacts to business. She said, “We’re a regulatory agency, and we impact business.” Fedorchak added, “Having a voice that is constantly trying to seek the proper balance has been really helpful and will be missed.”

At this point a replacement for Kroshus on the PSC has not been named.

EPA seeks to mandate more use of ethanol and other biofuels