In the opinion of Greg Demme 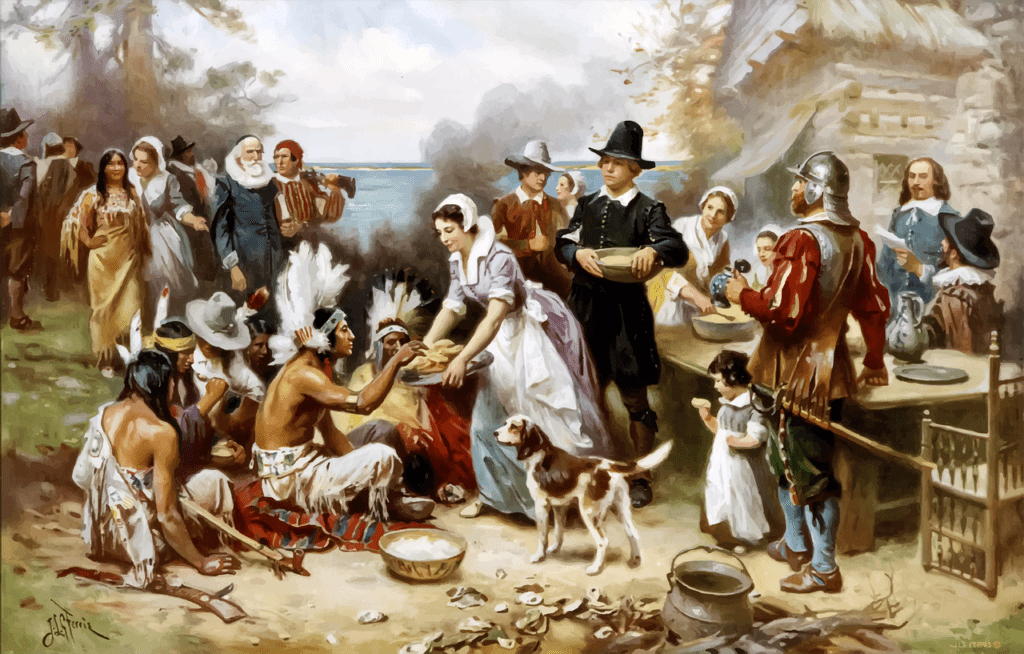 In the opinion of Greg Demme

Most institutions change over time. The celebration of Thanksgiving in the U.S. is no exception. Although much has been written (and re-written) over the years, we don’t know a tremendous amount about the origins of this holiday.

Our current Thanksgiving holiday originated with the pilgrims of Plymouth Colony in 1621, in what eventually became part of Massachusetts. Only two firsthand accounts of that event were ever published. The best known account is William Bradford’s journal, Of Plymouth Plantation. The other account, Mourt’s Relation, was written by Edward Winslow.

Bradford’s account doesn’t actually say much, only that the harvest that year was exceedingly bountiful and that the settlers had made peace at that time with regional “Indeans” including with their leader “Massassoyte.”

Winslow provided a few more details. He wrote of a three-day-long feast among the settlers and 90 members of the local tribe, the Wampanoag. It’s unclear whether or not “King Massasoit” and his 90 tribesmen were invited to the feast or whether they happened upon it. Regardless, the settlers and the Wampanoag fed each other and provided for each other during this time. As a result of their “covenant of peace” with each other, they indeed lived at peace with one another, at least for a time. Winslow noted there was even “great peace amongst the Indians themselves, which was not formerly….” That they were partakers of such plenty Winslow directly attributed to “the goodness of God.”

For about two centuries, the celebration of Thanksgiving was largely a regional affair in New England. In 1789 President George Washington had declared the last Thursday in November to be a national day of Thanksgiving, but that action was not continued by later presidents. The situation changed dramatically in 1863, when President Abraham Lincoln was urged in a letter by magazine editor Sarah Josepha Hale to make an annual day of Thanksgiving a fixed day in all the states of the Union at the time.

Lincoln happily obliged. His declaration on Oct. 3, 1863, in the middle of the U. S. Civil War, set apart the last Thursday of November “as a day of Thanksgiving and Praise to our beneficent Father who dwelleth in the Heavens.” His declaration goes on to request that as people are giving thanks, they should “fervently implore the interposition of the Almighty Hand to heal the wounds of the nation.”

In the intervening 158 years, things have changed again. Oh, we still all celebrate a national Thanksgiving holiday, but what is the nature of our celebrations? Do we settle for food, family, and football? If that is all we celebrate, can this watered-down version of Thanksgiving survive?

I believe there are three reasons we see a dilution of the Thanksgiving holiday from both the original intent and from President Lincoln’s intent.

Second, the nature of thankfulness has to be considered. A person may be thankful for certain things, but true thankfulness, in any meaningful sense of the word, involves someone to whom you are thankful. The pilgrims of Plymouth Colony were thankful to God. So was Abraham Lincoln. Thankfulness to God was the basis for the origins of this holiday to begin with. In a culture that is increasingly unwilling to acknowledge God’s existence, much less His presence and beneficence, can the concept of thankfulness truly last?

Third, recent societal discussions about privilege and guilt have nearly made the concept of thankfulness not merely obsolete but culturally taboo. How can people be thankful for what they have been given if they are increasingly told that any good thing they have enjoyed in their lives has come at the expense of someone else? How dare you be thankful when other people are suffering! Woke reasoning and perpetual victimization are two popular cultural concepts that war against the very concept of Thanksgiving.

In reality suffering people can (and should) be thankful as well. I have been through several extremely lean periods in my life. When I had no money, I was thankful to have more time on my hands. When I couldn’t be with my children, I was thankful to spend time with other friends. And when I had absolutely no human on earth to turn to, I was thankful to be able to turn to the One who holds my future in His hands.

I wish you a very Happy Thanksgiving, as well as a renewed appreciation for the gift of a thankful attitude, and an ever increasing awareness of the One to whom we can all be thankful.

Is Hard Work the Best We Should Expect from Our Legislature?

For the Farmer: What’s in your water?